By Danny Mok and Clifford Lo

More than 180 firefighters spent nearly 15 hours putting out a cargo boat blaze in Hong Kong’s Victoria Harbour after the 6,448-tonne vessel burst into flames and sent smoke across the city as far as Tai Po.

The blaze started at 5.26pm on Wednesday, but it took until 8.20am the next day for firefighters to extinguish the flames. The vessel’s 15 crew members – 11 mainland Chinese and four Indonesian men – were sent into quarantine at Penny’s Bay on Lantau Island and tested for Covid-19.

Yiu Men-yeung, commander of the Fire Services Department’s marine and diving division, said four water-spraying devices known as roof monitors and two foam jets on board fireboats were used to battle the blaze.

He said 32 fire engines and ambulances, as well as nine fireboats, were deployed in the operation. Firefighters were still investigating the cause of the fire.

A law enforcement source said initial tests by firefighters equipped with smoke detectors indicated the emissions from the vessel during the blaze were not toxic.

Zero casualties were reported and there were no signs the vessel would sink, he said.

The Panama-registered cargo vessel – Affluent Ocean – arrived in Hong Kong from Nansha and was then moored at Kellett Anchorage off Stonecutters Island on Monday night.

The vessel was in South Korea in mid-May before heading to Dongguan on the mainland. It travelled to Nansha on Saturday and was scheduled to leave for the port of Phu My in Vietnam. 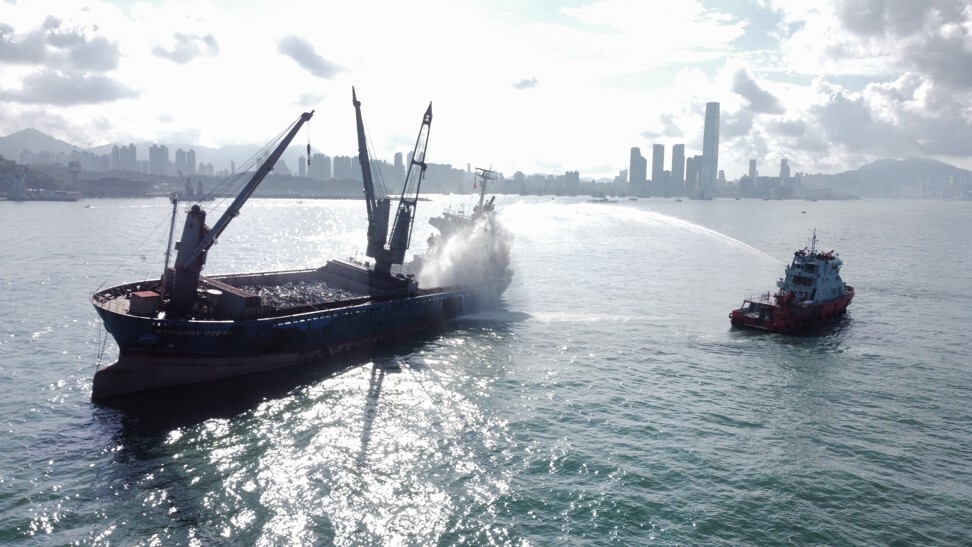 Metallic waste was being loaded onto the vessel from two barges when the fire broke out at 5.26pm on Wednesday, according to the Fire Services Department. The fire did not spread to the two barges, which carried seven crew members.

Yiu said there were three cargo holds on board the vessel and the blaze broke out in the rear hold, which was estimated to contain about 1,000 tonnes of scrap metal. He said the flames did not spread to the other two cargo holds.

“Because of the large piles of metallic waste, the water and foam sprayed from our fireboats could not directly reach the fire sources, hampering our efforts to fight the blaze,” he said.

He said the vessel tilted about 15 degrees because of a pumping machine failure that prevented water being released. 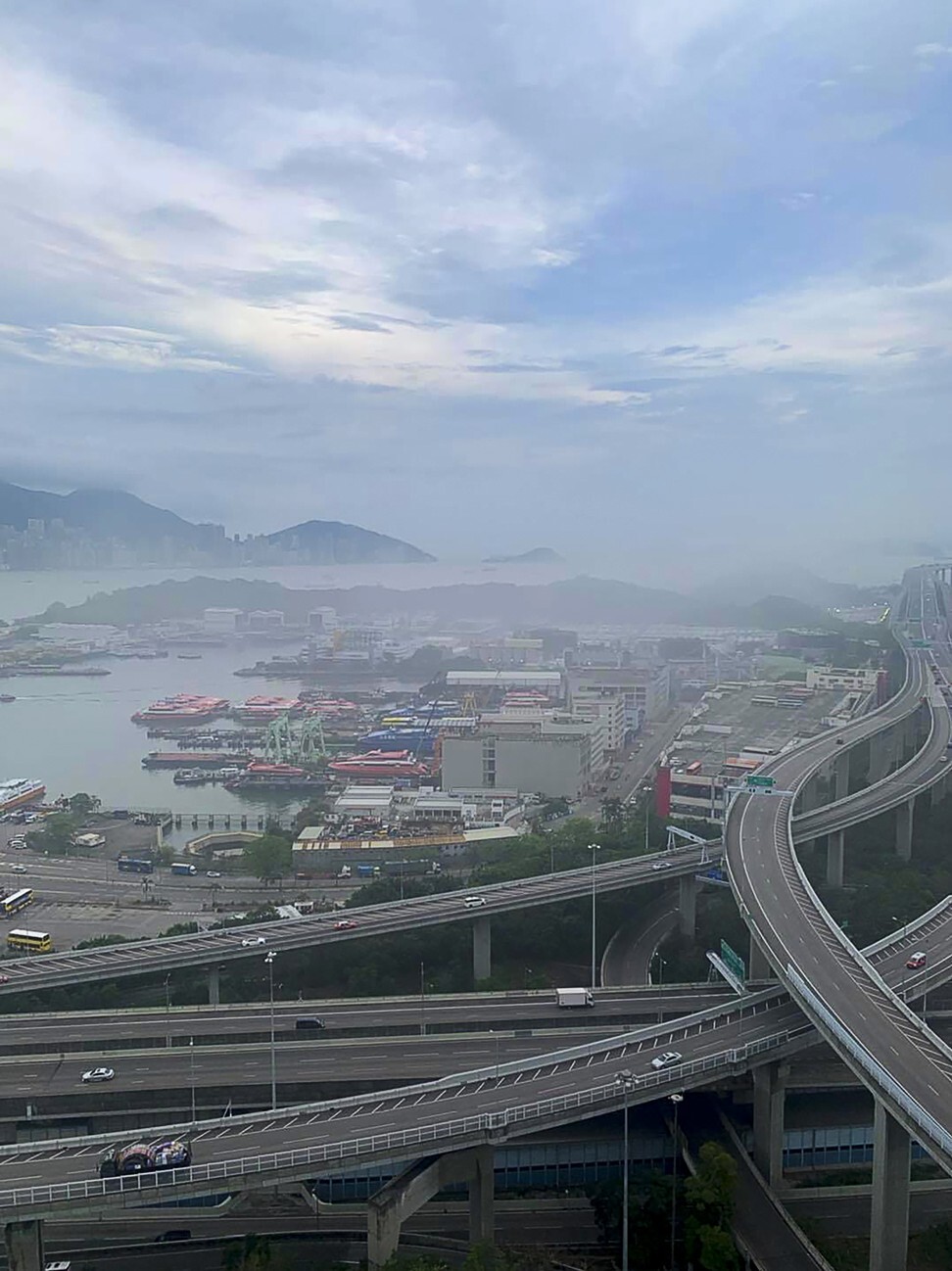 At 11.09pm on Wednesday, the department upgraded the fire’s status to alarm No 3 – on a scale of one to five, with five being the most severe – to allocate more resources to control the blaze.

Numerous reports of an acrid smell were received by the department, especially in the Sham Shui Po area. Later at night, residents from other districts, including Lai Chi Kok, Mei Foo, Kwai Chung, Tsuen Wan and as far away as Sha Tin, Ma On Shan and Tai Po, complained about smog and a pungent smell. Between 6pm and 10pm on Wednesday, the fire department received more than 20 calls from residents living in the Kowloon West region who saw smoke and mistakenly believed a fire had broken out in their neighbourhoods.

Yiu said low winds at the time were responsible for palls of smoke hanging around the Kowloon West region. But he said no one had complained of feeling unwell after inhaling smoke.

At about 10.30pm on Wednesday, the fire department issued a press release advising residents to stay calm and close their windows.

The city’s rail operator, the MTR Corporation, broadcast a message at its stations telling passengers about the fire, and advising that trains had turned on the air ventilation in a bid to minimise the effects of the smoke.

A Lai Chi Kok resident told the Post the area was covered in smoke when he returned home at about 6pm.

“The neighbours thought there was a fire in the district,” the resident said. “It was intense, there was a smell of rust. My mouth got dry with a little sore throat, and I had to drink more water.” 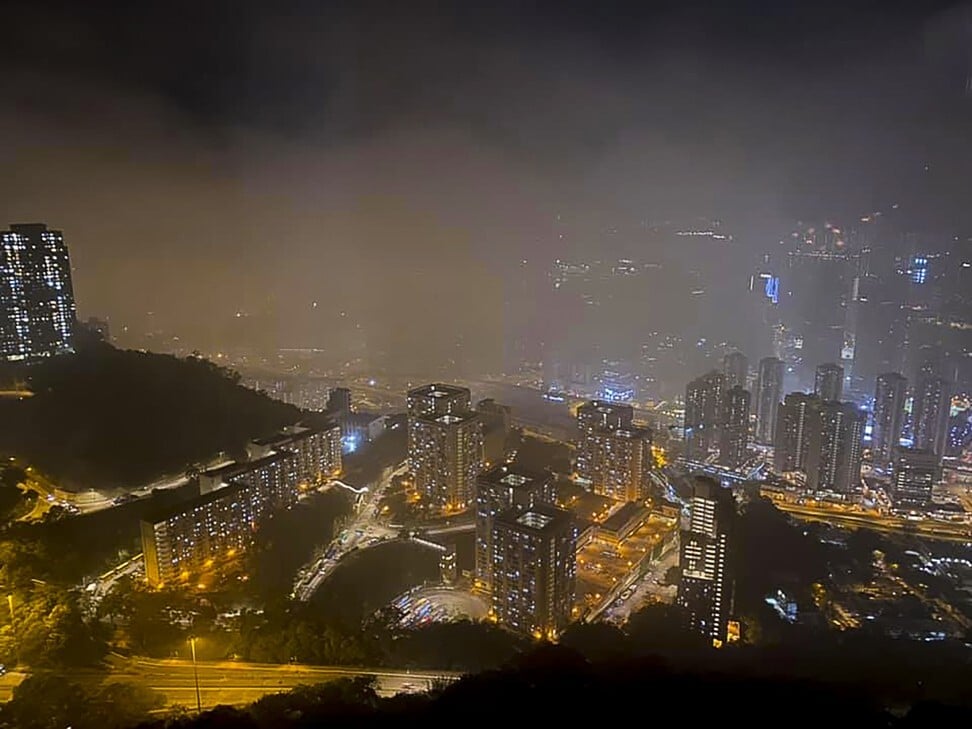 Another resident near Nam Cheong station said she could smell the smoke even though she was indoors and had closed the windows at about 6pm.

Dr Kenneth Kwong Si-san, a retired chemistry lecturer at Chinese University, said on Wednesday night the incident could be more serious than it seemed because of potentially toxic fumes.

He said what was being burnt was probably polyvinyl chloride (PVC), which typically covered the metal in the waste, which was probably cable, and noxious carcinogen dioxins could be released into the atmosphere. 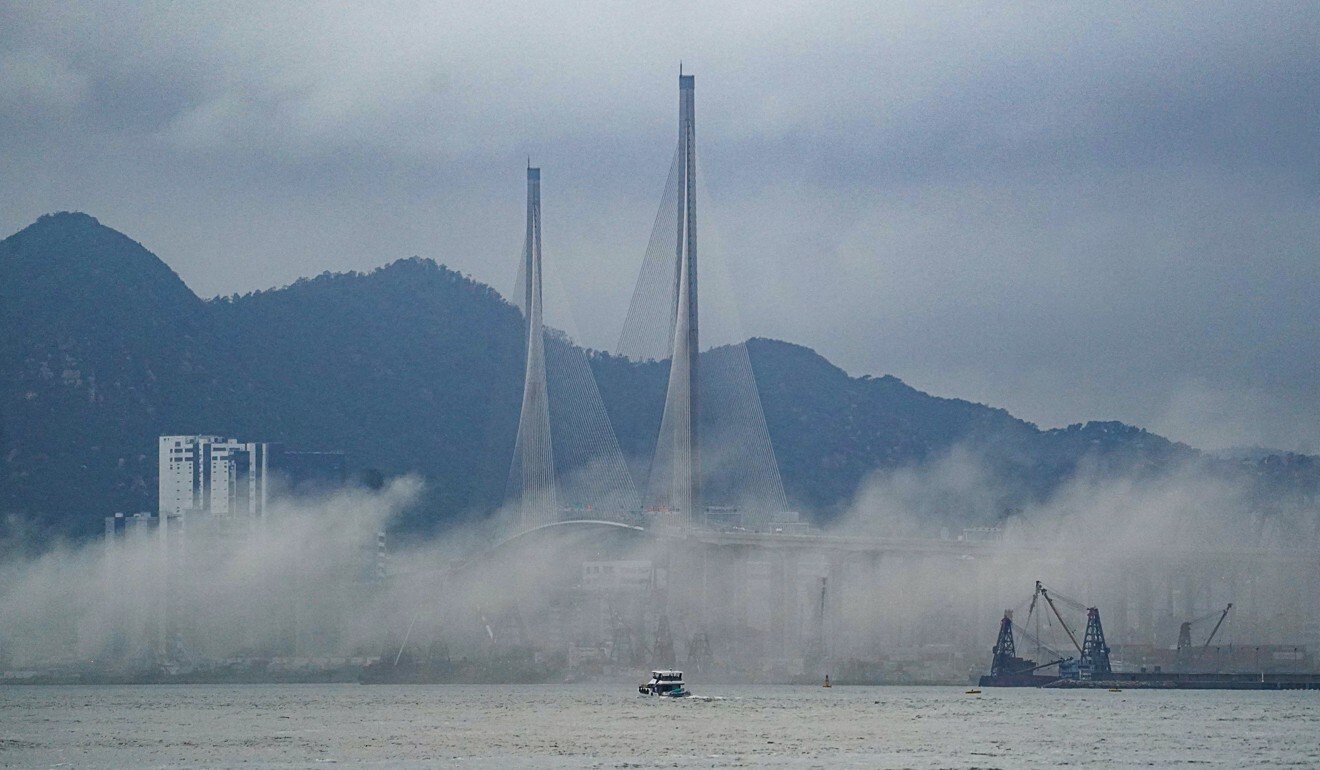 The Sha Tin resident said he “could smell burning cable”, and initially thought it might be coming from his own building, but later realised it was from the vessel.

With winds expected to shift from southerly to easterly or south-easterly after midnight, Kwong said that residents on Lantau Island could be affected by the smoke.