Laos to get additional doses of Russia’s Sputnik V vaccine

VIENTIANE (Vientiane Times/ANN): Negotiations are currently underway regarding the supply of additional doses of Russia’s Sputnik V Covid-19 vaccine to Laos, a source at the Russian Embassy in Laos has said.

Discussions are also being held regarding the commercial imports of the vaccine, developed by Russia’s Gamaleya Research Institute of Epidemiology and Microbiology, the source said.

“Now there are discussions and negotiations between the Lao side and the Russian side on the volume of vaccines to be supplied and other conditions, such as what part of the doses will be provided as grants by the Russian government and what part will be commercial supplies, ” the source said.

The dates for the supply of the doses are also being negotiated, the source added.

The Russian government has so far provided 1,000 doses of the vaccine, which were used by Lao medical staffs to vaccinate 500 people (two doses each).

The Director General of the Department of Hygiene and Health Promotion under the Ministry of Health, Dr Phonepaseuth Ounaphome, said inoculation using the Russian vaccine didn’t show any side effects.

He said the government is considering a proposal submitted by a private company for importing the vaccine for commercial inoculation.

The Lao health regulator, the Food and Drug Department of the ministry, has registered Sputnik V, giving it the green light for use like other vaccines.

The Russian vaccine is already registered in more than 65 countries, according to its developers. They have claimed that the vaccine’s efficacy is more than 90 per cent.

Phouvong Souyavong, the Chief Executive Officer (CEO) of Atlantic International Group Sole Co Ltd, the company proposing to import Sputnik V into Laos, said his firm has signed a memorandum of understanding with the vaccine’s developers on commercial imports.

The CEO said he expects the Lao government to approve the proposal in the near future, making Sputnik V an option for those willing to pay to get immunised with the Russian vaccine.

“The (Lao) government will give guidance on the pricing, ” he said, referring to the price to be paid for the doses.

Once the proposal is approved, it will boost the government’s efforts to accelerate the vaccination programme even as Laos is struggling to contain a second wave of Covid-19 infections, which began in mid-April and resulted in the country being placed under lockdown.

The Lao government has plans to vaccinate 50 per cent of its seven-million-plus population by the end of this year.

In theory, 70 per cent of the population needs to be vaccinated to protect a country from Covid-19, the Vice President of the University of Health Sciences, Dr Mayfong Mayxay, has said.

Once the proposal of Atlantic International Group is cleared, it will lead to the first commercial import of a Covid-19 vaccine, according to Dr Phonepaseuth.

So far, some private enterprises have contributed funds to purchase vaccines to inoculate their employees. Lao authorities are working on the procurement of vaccines for such firms, he added. - Vientiane Times/Asia News Network 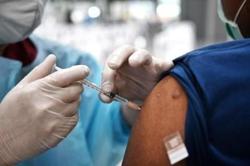 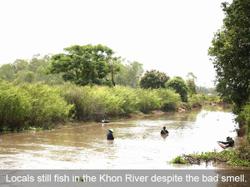