BEIJING, May 11 (China Daily/ANN): China remains as a priority market for companies from the United States, and wholesale decoupling of the US and Chinese economies is in neither country's economic interest, said a business report released by the American Chamber of Commerce in China, or AmCham China, on Tuesday.

The chamber called on both China and the US to cooperate in areas of global common interest, and identify opportunities to strengthen global public health infrastructure in 2021, so that the world is better prepared for the next public health crisis, according to the 23rd edition of the American Business in China White Paper.

In the meantime, the report said that the two countries should cultivate conditions to promote two-way foreign direct investment and trade, and help the global economy recover from COVID-19, reduce greenhouse gas emissions and combat climate change, involve the business community and leverage their technology, expertise, and experience in future public health or climate change initiatives.

In last year's white paper, AmCham China noted that 2019 had been a turbulent year due to the imposition of bilateral tariffs and deteriorating bilateral relations.

The white paper noted that the events in 2020 only served to compound those trends, while COVID-19 created a whole new set of challenges. A majority of AmCham China's member companies reported "the US-China bilateral tensions" had become the top challenge to doing business in China.

"We hope that any effort to rebuild a healthy working relationship between the US and China enables the two sides to identify areas of global benefit to humankind and define common purpose in these areas," said Greg Gilligan, chairman of AmCham China.

"Of particular relevance are climate change and global public health," he said, adding areas in which multilateral agendas to address these challenges should involve US-China cooperation.

China is a priority market for over two-thirds of AmCham China's member companies and its surveys indicate that nearly 85 percent are not considering relocating manufacturing or sourcing from the Chinese market, according to its report.

"In order to be globally successful, the US companies need to be competitive in the Chinese market," he added.

China's trade with the US rose 50.3 percent year-on-year to 1.44 trillion yuan ($222.8 billion) in the first four months of this year, data from the General Administration of Customs showed. 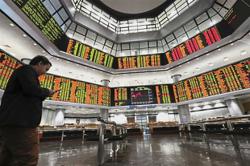