By Teddy Ng and Laura Zhou

An information war over the Indo-Pacific region is expected to intensify with the US military’s decision to set up a task force aimed at stifling China’s influence and information operations.

Military and security analysts said the creation of the task force meant the United States was integrating military and non-military instruments of warfare to counter China.

The creation of the task force in the Pacific region was revealed by General Richard Clarke, commander of Special Operations Command, in a House Armed Services Committee meeting in March when he said the US needed to tamp down disinformation by China.

The task force would work with “like-minded partners” in the region, he said.

“By working closely with those partners to ensure that our adversaries, our competitors are not getting that free pass and to recognise what is truth from fiction and continue to highlight that, to using our intel communities, is critical,” Clarke was quoted by US-based military website C4ISRNET as saying.

“Adversary use of disinformation, misinformation and propaganda poses one of today’s greatest challenges to the United States, not just to the Department of Defence,” he said.

“With first-mover advantage and by flooding the information environment with deliberated and manipulated information that is mostly truthful with carefully crafted deceptive elements, these actors can gain leverage to threaten our interest.”

Song Zhongping, a former PLA instructor and Hong Kong-based military affairs commentator, said the new task force would also be aimed at gaining military intelligence about the capabilities of the People’s Liberation Army.

“The US is looking to know more about the PLA, including the PLA’s ability to engage in combat and the development of Chinese military industry,” he said.

“So from China’s perspective, it is necessary to strengthen the security of various military installations and prevent infiltration.”

Everything you need to know about the US-China tech war

Malcolm Davis, a senior analyst in defence strategy and capability at the Australian Strategic Policy Institute, said the setting up of the special task force reflected US concerns over Chinese media and information operations in relation to public opinion.

“Information war will intensify as part of China’s efforts to weaken US and allied resolve, particularly over Taiwan and in the South China Sea. For the US not to respond would be to hand the operational initiative to China, putting it in a much stronger position to shape the battle space before the use of kinetic force,” Davis said.

He said the US would highlight Chinese operations, both in traditional media and social media, promoting an alternative perception of events from that being disseminated by Beijing.

“So this is part intelligence gathering, and part media operations on the US side, identifying where China’s information strategy is focused, and developing counter responses to blunt its effectiveness,” Davis said.

The US has deemed China its rival. Former commander of the US Indo-Pacific Command Phil Davidson said last month that China was using regular media and social media to undermine American and other democratic systems, dividing Washington and its Asian allies.

US lawmakers are also scrutinising a bill laying out an approach towards competing with Beijing, covering facets from diplomatic strategy, military deployment and competing values, to curbing China’s “predatory international economic behaviour”.

Michael Raska, an assistant professor at the S. Rajaratnam School of International Studies at Nanyang Technological University in Singapore, said the US decision to set up the task force came as China was projecting its power and influence in areas such as Taiwan.

The US is rethinking the integration of military and non-military instruments of warfare – including cyber and information operations in multiple domains – to influence an opponent’s strategic choices and options, he said.

“The use of cyber means as political instruments of warfare is increasingly reflected in Taiwan as well as the ongoing territorial disputes over the South China Sea,” he said.

“Potential conflict zones in East Asia therefore reflect greater complexity through the strategic interactions and interdependencies between the cyber, information, cognitive and physical domains of warfare, which present new challenges for both US and China’s traditional conceptions of deterrence and defence.” 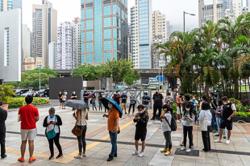 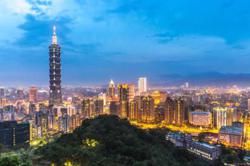