Anti-coup protesters flash the three-finger salute during a rally in Yangon, Myanmar on Tuesday May 4, 2021. The ruling junta continues to face a challenge in the cities and towns of Myanmar, where street protests are still being held more than three months after it seized power. - AP

YANGON, May 4 (Reuters): Myanmar's junta-controlled media announced a ban on satellite television receivers on Tuesday, saying outside broadcasts threatened national security and threatening to jail anyone caught violating the measure.

With mobile internet access largely cut off in a bid to quell anti-junta protests since the Feb. 1 coup, Myanmar has increasingly appeared headed back to the state of isolation that preceded a decade of democratic reforms.

"Satellite television is no longer legal. Whoever violates the television and video law, especially people using satellite dishes, shall be punished with one year imprisonment and a fine of 500,000 kyat ($320)," MRTV state television said.

"Illegal media outlets are broadcasting news that undermines national security, the rule of law and public order, and encouraging those who commit treason."

In the face of widespread opposition, the junta has struggled to impose order since overthrowing elected leader Aung San Suu Kyi and ending an unsteady transition to democracy.

Violence has spiralled since the coup and security forces have killed more than 760 civilians, the Assistance Association for Political Prisoners (AAPP) advocacy group says. The junta disputes the figure and says 24 police and soldiers have died in the protests.

Myanmar media reported that five people were killed by at least one parcel bomb on Tuesday, including an ousted lawmaker and three police officers who had joined a civil disobedience movement opposing military rule.

Meanwhile, the Chinland Defence Force, a newly formed militia in Chin state bordering India, said on its Facebook page on Tuesday that its forces had killed at least four Myanmar army soldiers and wounded 10 in a clash overnight. The Myanmar army did not comment on the claim.

Villagers had found the beheaded body of a junta appointed local administrator in the northwestern Sagaing region, independent broadcaster DVB reported, a day after another local official was stabbed to death in the biggest city, Yangon.

Reuters was unable to reach local police for comment.

Pro-democracy supporters held protests on Tuesday in the second-biggest city of Mandalay, including one by education staff calling for a boycott of schools and universities when they reopen in June, Myanmar Now reported.

The junta said it had to seize power because its complaints of fraud in a November election won by Suu Kyi's party were not addressed by an election commission that deemed the vote fair.

Suu Kyi, 75, has been detained since the coup along with many other members of her party. - Reuters
Article type: metered
User Type: anonymous web
User Status:
Campaign ID: 46
Cxense type: free
User access status: 3
Join our Telegram channel to get our Evening Alerts and breaking news highlights 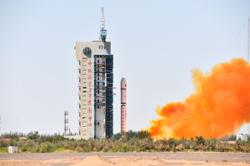