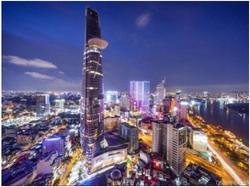 HANOI, April 26 (Vietnam News/ANN): An increasing number of tourists during the summer has helped revive the market, but tourism agencies need further support for better recovery.

As the Covid-19 pandemic is under better control, locals’ tourism demand has witnessed positive growth recently.

Tan Son Nhat Airport in Ho Chih Minh City recently has seen many groups of tourists checking in for flights to Hanoi, Phu Quoc, Da Nang and provinces in the northeastern and northwestern region.

“After a long while staying in, I decided to go on an adventure to Ha Giang, in addition to a tour to Tay Nguyen that I had already booked several weeks ago. As the epidemic is under control, I will plan another trip to the Mekong Delta soon,” she said.

According to TSTtourist Company, the number of tour bookings has significantly increased recently. In April, the company hosted 3,000 arrivals and has received nearly 2,000 tourists who have booked tours in May.

Communication director of TSTtourist Company Nguyễn Minh Mẫn said the month of April has been a good start for vibrant tourism activities during the upcoming summer. Many travel agencies and authorities across many provinces and cities have been preparing new tourism products.

Director of the marketing department of Saigontourist Travel Company Doan Thị Thanh Tra added that Phu Quoc, Da Nang and cities in the North are among the most popular destinations in the summer.

Tours to Da Lat and Buon Mai Thutt - Kon Tum have been embraced as well.

“In addition to restoring the entire domestic travel itinerary, the company has increased the number of possible departure days for the entire itinerary.

"Summer tours and departure days have been updated to August 2021 for easy selection and flexible schedule. The company also plans to increase seats by 20 per cent for all tours compared to last year,” she said.

Meanwhile, according to Fiditour - Vietluxtour Travel Company, besides the April 30 holiday and upcoming summer tours offered at very good prices, the company is looking forward to sales from the MICE (meetings, incentives, conferences, exhibitions) market at resorts and hotels.

There have been a high number of contracts from large groups with sales from VNĐ1 billion per booking, said the communication director of the company, Tran Thi Bao Thu.

Leaders of many travel agencies expect that with more vaccinations being given across the country, the tourism market will recover in the second quarter of 2021.

This year’s holiday tour prices have fallen by 5 to 20 per cent compared to the same period last year. However, tourists are travelling mostly in groups of family and friends and choosing safe tourism products and services. - Vietnam News/ANN