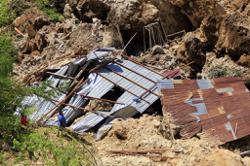 Muddy aftermath: Villagers surveying the damage to their homes after a flash flood in Waiwerang village, East Flores, earlier this month. — AFP

The government will include climate crisis adaptation in every effort to mitigate disasters across the country as the archipelago is projected to see an increase in the number of climate-related natural disasters in the coming years.

The Meteorological, Climatology and Geophysics Agency (BMKG) recorded Seroja as the strongest tropical cyclone Indonesia had seen since 2008.

Agency head Dwikorita Karnawati said the cyclone was an “unusual” occurrence because its centre reached land even as it first appeared, probably caused by the average sea temperature increase.

Nearly 200 lost their lives during the disasters, which also displaced thousands of local residents.

“Climate change has become an emerging threat in disaster mitigation, ” Lilik said in a recent discussion.

Although he did not reveal any details on how the agency would include climate adaptation measures in disaster mitigation, Lilik said the BNPB would work with the Environment and Forestry Ministry, which has a directorate dedicated to adaptation efforts.

Such measures were also in line with the Yogyakarta Declaration on disaster risk reduction in Asia and the Pacific.

The declaration was made at the 2012 Asian Ministerial Conference on Disaster Risk Reduction (AMCDRR).

During the conference, 55 Asia-Pacific countries recognised a necessity to include disaster risk mitigation and climate change adaptation in national development.

“Disaster mitigation is already a form of climate change adaptation.

“However, if we previously only took into consideration the historical trend of disasters, we also calculate future conditions pertaining to the climate, such as greenhouse gas emissions, ” Environment and Forestry Ministry climate change adaptation director Sri Tantri Arundhati said.

Lilik acknowledged that 95% of hydrometeorological disasters occurring in the country were related to the climate.

The worsening climate crisis had made the disasters more intense and frequent over the years.

The BNPB recorded a rise in the number of hydrometeorological disasters from 2015 to 2020, which were also the six hottest years on record according to the World Meteorological Organisation (WMO). — The Jakarta Post/ANN 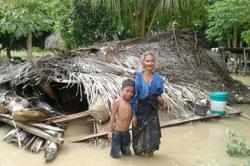 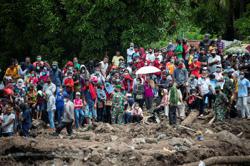