The cyclists who broke the rules were spotted during enforcement operations conducted with the Traffic Police. - The Straits Times/ANN

SINGAPORE, April 18 (The Straits Times/ANN): In enforcement operations over two days in a few locations, 34 cyclists were caught flouting rules on roads.

This comes after recent complaints about errant cyclists.

The Land Transport Authority (LTA) said in a Facebook post on Sunday (April 18) that the cyclists were spotted during enforcement operations conducted with the Traffic Police.

"While most were law-abiding, we did find 16 cyclists who rode on the road without helmets," LTA added. Another 16 were caught running the red light. "Two also rode against the flow of traffic."

LTA said it was happy to see that more people are taking up cycling, but urged cyclists to keep safety in mind while on the roads. It also called for cyclists to abide by the rules and be considerate and gracious towards others.

The perennial conflict between cyclists and motorists came to the fore again on April 1 when actor Tay Ping Hui shared a video of a group of road cyclists disregarding traffic rules earlier this month.

He said it was an issue he had experienced for the "umpteenth time", and suggested that all bicycles be registered.

Several others, including Temasek chief executive Ho Ching, then echoed Tay's calls for more regulations to be imposed on road cyclists.

Senior Minister of State for Transport Chee Hong Tat announced on April 12 that a panel would review existing regulations governing cyclists on the roads, and study whether theory tests and licenses should be required for them.

He said the Active Mobility Advisory Panel would take several months to conduct this review and seek feedback from the public.- The Straits Times/ANN 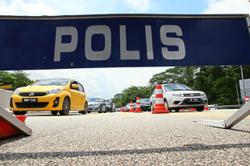