By Tracy Qu and Minghe Hu 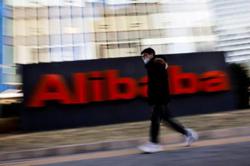 Alibaba Group Holding, the internet behemoth hit with a record US$2.8 billion fine from China’s antitrust authorities, has publicly promised to obey antitrust rules and to assist regulators in maintaining “market order”.

Alibaba, the parent company of the South China Morning Post, promised in a public statement that it would not take measures to force merchants to “pick one from two” – the misconduct it was accused of under China’s anti-monopoly law – and would not restrict market competition behaviour using technology means such as data and algorithms.

“We sincerely accept supervision from the competent authorities, the public and the media,” the company said in a statement on Friday.

The Hangzhou-based e-commerce giant also said it would “continuously lower the threshold for small businesses” to sell goods on its platforms.

The company said in a separate press release that a “trial period” programme for merchants on its Tmall platform would begin on April 19. The programme is aimed at making it easier for merchants to sell on the platform. For example, setting up a new store on its popular site Taobao will only take five minutes, the company said.

The public statement was one of 11 released on Friday by technology firms that included video streaming service iQiyi, search engine Sogou and food delivery platform Ele.me (also owned by Alibaba). In the statements, the companies disclosed their commitment to do business in compliance with the law, according to a statement issued by the State Administration For Market Regulation (SAMR) on Friday.

The latest moves come after the first two groups of tech firms, including Tencent Holdings, JD.com and Meituan, released similar statements earlier this week after SAMR, the China Cyberspace Administration, and the nation’s Taxation Administration, urged 34 of the country’s largest technology companies to learn from Alibaba’s case and to conduct self-inspections in the coming month.

iQiyi, for instance, made nine promises in its statement. The Netflix-like video site said it would “treat all operators on the platform fairly” and “not use services agreements or technology means to restrict their operation”. The company also said it will “never abuse its market dominance position or participate in unfair competition”.

Beijing’s targeting of the country’s key internet platforms, which included Kuaishou, Bilibili and Didi Chuxing, and the subsequent compliance from Big Tech which has a combined market capitalisation of at least US$2.7 trillion, comes at a time when the Chinese government is trying to use antitrust laws and other regulatory approaches to contain “disorderly” expansion of the economy and society.