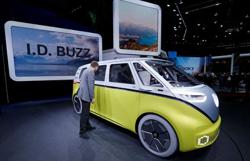 Three self-driving buses, launched by Baidu Apollo and King Long Bus, officially hit the road in Chongqing on Monday (April 12), the first such service in the country, according to the Chongqing Daily on Tuesday.

Each bus has a member of staff who can switch to manual driving mode in case of emergency.

Citizens can book a ride on the bus through apps such as Baidu Apollo Go and Baidu Maps.

A staff member from Baidu told the Global Times on Wednesday that passengers under 18 years old are not allowed to take the self-driving bus alone, which is why bookings need to be made through the apps,"at least for the moment."

The total length of the bus route is 8.8km (around 5.5 miles), and each ride costs just two yuan.

The staff in each bus can switch to manual driving whenever necessary, according to the report.

Some netizens on Sina Weibo have questioned why staff are needed on the bus, saying that if it is a self-driving bus, a driver shouldn't be needed.

But other netizens showed their understanding saying that at least these buses have "freed the hands of the drivers," who can deal with other emergencies if necessary.

Some netizens have expressed excitement about the new bus. "I can't wait to have a try after getting to Chongqing," said one netizen.

There has already been positive feedback from those who have taken the bus, with passengers saying that the bus drove itself smoothly, according to the staff.

In order to ensure safety, each bus has four radars to help detect live information.

According to Chinanews, citizens in Zhengzhou were satisfied with their new self-driving transportation services, saying that the driving was smooth and hoping that the service can be launched officially. 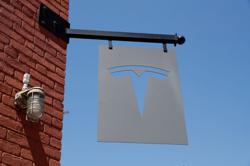