JAKARTA, April 13 (Bloomberg): PT Dayamitra Telekomunikasi, the infrastructure unit of state-owned PT Telkom Indonesia, is considering an initial public offering in Jakarta that could raise about US$1 billion, in what could be the country’s biggest first-time share sale in more than a decade, people familiar with the matter said.

Dayamitra, also known as Mitratel, has asked for proposals on the potential offering and could pick advisers soon, said the people, who asked not to be named as the information is private.

Deliberations are at an early stage and details of the offering could still change, the people said.

"There is an IPO plan for Mitratel around end of the year, the preparation process is underway,” Ririek Adriansyah, president director of Telkom Indonesia, said in a text message in response to a Bloomberg News query. There are no further details to share and the company will announce more in due time, he said.

At $1 billion, Mitratel’s potential IPO could be Indonesia’s largest since PT Indofood CBP Sukses Makmur’s $696 million offering in 2010, according to data compiled by Bloomberg. 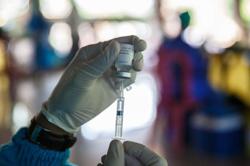