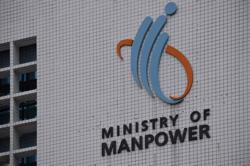 SINGAPORE, April 11 (The Straits Times/ANN): Twenty new coronavirus cases, including one from a migrant workers' dormitory, were confirmed at noon Sunday, taking Singapore's total to 60,653.

The 19 imported cases were placed on stay-home notice (SHN) on arrival in Singapore, the Ministry of Health (MOH) said.

The last reported case in a workers' dorm here was six weeks ago, on Feb 28.

On Saturday, the sole community case confirmed was a 71-year-old female Indian national on a short-term visit pass.

She had arrived from India on Dec 28 and was under SHN at a dedicated facility until Jan 10. Her test taken on Jan 8 during her SHN was negative for the coronavirus.

The retiree developed a fever last Monday and was tested for Covid-19 when she sought medical treatment the next day. Her result came back positive on Thursday, and she was sent to the National Centre for Infectious Diseases. Another test by the National Public Health Laboratory on Friday was negative for Covid-19.

However, her serological test result has returned positive, which is indicative of a past infection.

MOH said: "She could be shedding minute fragments of the virus RNA, which are no longer transmissible and infective to others, but given that we are not able to definitively conclude when she had been infected, we will take all the necessary public health actions as a precautionary measure."

The case is currently treated as unlinked.

The 31 other Covid-19 cases confirmed on Saturday were imported.

With 18 patients discharged on Saturday, 60,307 people have recovered from the disease.

There were 45 patients in hospital, including one in a critical condition in the intensive care unit, MOH said. Another 236 are recuperating in community facilities.

Singapore has had 30 deaths from Covid-19 complications, while 15 who tested positive have died of other causes.

Globally, the virus outbreak, which began in December 2019, has infected more than 133 million people. More than 2.9 million people have died. - The Straits Times/ANN 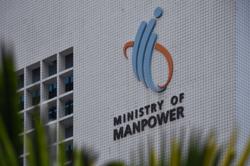