In its just published outlook for Singapore, the unit of Fitch Group said it continues to expect Singapore to remain one of the most politically stable markets in the world over the coming quarters.

It maintains its Short-Term Political Risk Index score at 95.2, out of 100, for the republic, which remains the best score in Asia and one of the highest scores globally.

The outlook comes just after Deputy Prime Minister Heng Swee Keat announced on Thursday that he had decided to step aside as leader of PAP’s fourth-generation (4G) team. Heng was appointed PAP’s first assistant secretary-general in 2018, an indication that he is the frontrunner to be Singapore's next prime minister.

Fitch Solutions said it believed that PAP will maintain the high standards of governance despite disruption to their leadership renewal plans caused by Heng’s decision.

It noted that Prime Minister Lee Hsien Loong and senior members of his cohort were likely to remain in advisory positions in Cabinet and help guide the next generation of leaders.

"We see Minister for Trade and Industry Chan Chun Sing and Minister for Education Lawrence Wong as the most likely candidates to succeed Lee, who has said that he will stay on until the next leader is ready to take over.

"The transition will now likely be a few years after the next General Election which is due by August 2025,” said Fitch Solutions. - Bernama 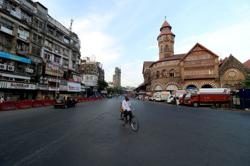