When Filipino oceanographer Deo Florence Onda and American explorer Victor Vescovo descended into the Emden Deep in the Philippine Trench, the third deepest point in the world, they were met with almost complete stillness.

At a depth of 10,045m, they peered through the small windows of the deep-sea submersible DSV Limiting Factor and watched their surroundings move as if in slow motion.

Vescovo was then surprised when he caught sight of two black eyes staring at them, only to realise they belonged to a teddy bear.

Both he and Onda soon saw that more “travellers” had made the deep dive way before they did: Plastic bags and packaging, even clothes, were half-buried in the sediment.

“If in the beginning, I felt like I was on Mars, when I saw the garbage, I thought to myself, ‘Am I in Payatas?’” Onda said, referring to the landfill in Quezon City.

“The sight brought me back to the reality that I’m still on Earth.”

Onda, an associate professor at the University of the Philippines’ Marine Science Institute, said they began to catch glimpses of the trench’s bottom around four hours after their descent.

At a depth that is deeper than Mount Everest is high, the Emden Deep appeared like a “ghost town”.

But as they explored the western wall of the trench, plastic bags, food packaging, even a pair of pants and shirts, would appear every five minutes or so.

“What I was expecting, because of the depth and high pressure there, were fragments of plastic. But they were so intact as if they just came from the supermarket, ” Onda recalled.

Vescovo, the first to complete all deep dives in the five deepest points on the planet, said the human debris in the Emden Deep was “pretty extensive”.

“The greatest amount of contamination I’ve seen in any deep dive was at the bottom of the Mediterranean Sea, at the Calypso Deep, but the Emden Deep is the second largest, ” he said.

The American explorer noted that materials do not degrade in the deep parts of the ocean, where there is no oxygen and sunlight.

“People think that if they throw something into the ocean, it will just decompose over time. But they are actually preserved, ” he said. — Philippine Daily Inquirer/ANN 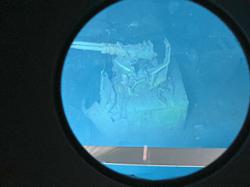 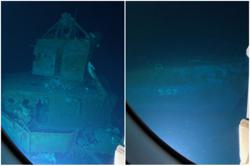