The Singapore Food Festival, to be held until April 11, was jointly launched by Minister of Primary Resources and Tourism Ali Apong and Minister at the Prime Minister’s Office and Minister of Finance and Economy II Mohd Amin Liew Abdullah.

RBC General Manager Jeff Hadiman Danial, in his opening remarks said that the Singapore Food Festival is the first cross-border food promotion in over a year. This was made possible due to the collabarotive effort between Royal Brunei Culinary, Singapore High Commission, Singapore Tourism Board and Singapore Airlines.

The Singapore High Commissioner said that while many are keen to travel after a year of travel restrictions, the measures are still necessary to protect against Covid-19. - Borneo Bulletin/Asia News Network 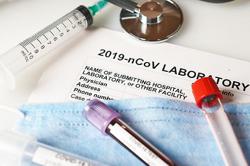