Trần Đề seaport in Sóc Trăng Province. The Government plans to develop the port into a national deep-water seaport to improve transportation in the Mekong Delta. — Photo baocantho.com.vn

MEKONG DELTA (Vietnam News/ANN): The Mekong Delta is working with the Ministry of Transport to improve the local transport infrastructure and thus trade flows, the Cần Thơ branch of the Vietnam Chamber of Commerce and Industry has said.

The Trung Lương - Mỹ Thuận Expressway, for example, is expected to significantly speed up product delivery once it opens for traffic this year.

The Ministry of Transport plans to build another expressway between Cần Thơ City and Cà Mau Province.

In the last five years, highways and bridges have been upgraded as have navigation channels in the Hậu river, while the Chợ Gạo Canal in Tiền Giang Province has been dredged.

Lam said: “Poor transport infrastructure is a major obstacle for the Mekong Delta. Implementation of key projects by the Government is still slow.”

The Government has approved an allocation of US$2.5 billion for infrastructure development over the next five years.

Annually the delta exports 17-18 million tonnes of goods, but 70 per cent has to be shipped from major ports in HCM City Bà Rịa - Vũng Tàu Province, which increases transportation costs by 10-40 per cent.

“It costs VNĐ5 million ($216.6) to transport 10 tonnes of catfish from our company in Cần Thơ City to HCM City. If we could use Cái Cui seaport in Cần Thơ city instead, it will cost only VNĐ1.5 million ($65), ” Trần Văn Quang, chairman of Southern Fishery Industries Co Ltd, said.

Cái Cui Port was built to handle vessels of 20,000 tonnes, but now only those of up to 7,000 tonnes can enter it due to the difficult access through small canals.

An official from the Cà Mau Province transport department called for prioritising investment in inland waterways that are connected with roads to improve transportation throughout the delta and exploit the waterway system linking HCM City with other provinces and cities.

Next month the ministry will seek approval from the Government to build the Trần Đề deep-water port in Sóc Trăng Province capable of receiving vessels of up to 100,000 tonnes.

The port, not to be funded by public funds, is expected to achieve a throughput capacity of 50-55 million tonnes by 2030.

According to the Vietnam Chamber of Commerce and Industry (VCCI) and the Fulbright School of Public Policy and Management, logistics activities in Mekong Delta remain largely unplanned.

More than 85 per cent of its ports are scattered with each having a capacity of handling less than 10,000 tonnes of cargo annually.

The region also lacks a synchronised transport system, logistics centres, warehouses, and container yards, and companies have to send their products to HCM City for sterilising and irradiating, all of which increase logistics expenses.

Lê Duy Hiệp, chairman of the Vietnam Logistics Business Association, said the delta is the country’s agricultural export hub but logistics costs are 20-25 per cent compared to 10-15 per cent in neighbouring countries.

Besides, for a long time, Delta localities have only focused on stages between the field and factory, but paid little attention to transporting them to ports, shipping, packaging, and inspection despite their decisive role in the competitiveness of agricultural products.

"That is the reason why it is very important to develop logistics centres capable of handling all stages of agricultural production," Lam said.

“This would reduce the waiting times and cumbersome procedures.”

Hồ Thị Thu Hoà, head of the Vietnam Logistics Research and Development Institute, said a national plan for developing logistics by 2015 had included two second-level logistic centres in the region, but they remain on paper.

Hậu Giang Province targets having five such centres by 2025.

The opening of a logistics centre will help connect all stages in the agricultural supply chain. — Vietnam News/Asia News Network 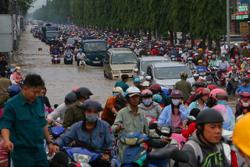 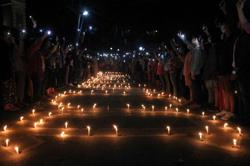