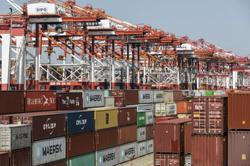 BEIJING (Global Times): The State Councillor and Chinese Foreign Minister Wang Yi started his Iran visit on Friday, the third stop of his six-state Middle East tour, following intensive diplomatic meetings with US senior diplomats in Alaska and with his Russian counterpart in South China's Guilin within a week.

As the West has been using Xinjiang affairs to sow discord between China and the Islamic countries in the Middle East, Chinese experts said that despite the squabbling between the China and US in Alaska, issues of cooperation such as climate change and the Iranian nuclear issue are being implemented, outlining China's pivotal role as a mediator.

Wang is the highest-ranking Chinese diplomat to pay an official visit to Iran since Chinese President Xi Jinping's visit in 2016, Hua Liming, a former Chinese ambassador to Iran, told the Global Times on Friday.

Hua noted that Iran, as a key country on the Belt and Road Initiative and one of the major oil exporters to China, has been hit by US sanctions and the pandemic, so it is eager to strengthen cooperation with China to improve bilateral relations.

The nuclear issue will also be a key topic during the visit, according to Hua.

"The withdrawal of the Trump administration from the Joint Comprehensive Plan of Action (JCPOA) is a big blow to Iran's economy. In fact, Iran wants the US to return to the deal, and China can coordinate with it."

In 2018, the US unilaterally withdrew from the JCPOA and imposed tough economic sanctions on Tehran, while US-Iran relations plunged to a deep freeze following the Trump administration's assassination of Iranian commander Qassem Suleimani in 2020.

After taking office, US President Joe Biden has repeatedly said that he would seek to restart negotiations on JCPOA with Iran. However, both sides insisted that the other side take the first step, and the resumption of negotiations faltered.

In an interview with Al Arabiya on Wednesday, Wang Yi proposed five initiatives to achieve security and stability in the Middle East, noting that getting rid of geopolitical competition among great powers is the fundamental way to end the chaos.

As for the Iranian nuclear issue, Wang pointed out that the US should take concrete measures to ease unilateral sanctions against Iran and its "long-arm jurisdiction" over third parties, while Iran should resume fulfilling its nuclear commitments.

At the same time, the international community should support the efforts of regional countries to establish a Middle East zone free of nuclear and other weapons of mass destruction.

All parties should discuss and formulate a route and timetable for the resumption of implementation of the JCPOA in accordance with the merits of the development of the Iranian nuclear issue, Wang said.

In the meeting between Wang Yi and Russian Foreign Minister Sergey Lavrov on Monday, the two senior diplomats called on Iran to resume compliance and encouraged the JCPOA's due role in preventing nuclear proliferation.

The two sides also believe that the United States should unconditionally return to the JCPOA as soon as possible and revoke the unilateral sanctions against Iran.

Only China can act as a "peace-broker" in the Iranian nuclear issue, said Li Haidong, a professor of international relations at China Foreign Affairs University,"especially after China has exchanged ideas with the US in Alaska, then with Russia and then with Iran... and no other major international issue can be separated from China's participation and coordination."

Iran and China are both viewed by the US as "autocracies," and in this regard, strengthening strategic coordination and mutual support will also be a priority, said Li, noting the holding of the talks also shows Iran's full trust in China.

Besides the Iranian nuclear issue, experts said Wang's trip will inject stability into the Middle East and Iran, especially after a joint exercise held by the US', French and Belgium navies and the Japanese Maritime Self-Defense Force in the Arabian Sea and the Gulf of Oman, which can be viewed as military pressure on Iran.

We believe China will resolutely safeguard international fairness and justice, oppose unilateralism and bullying behaviour, and work for the political and diplomatic settlement of the Iranian nuclear issue, Iranian Ambassador to China Mohammad Keshavarzzadeh told Global Times on Friday.

The ambassador said that Iran always appreciates China's important role in upholding the JCPOA and is willing to maintain close communication with China, adhere to multilateralism while opposing unilateralism, earnestly uphold the JCPOA and defend its legitimate rights and interests.

Middle Eastern states are happy to see China playing a bigger role in regional affairs, and China will also exchange views with these countries on such affairs and contribute Chinese wisdom to peace in the Middle East, Hua Chunying, the spokesperson of the Chinese Foreign Ministry, said in a press briefing on Tuesday. - Global Times