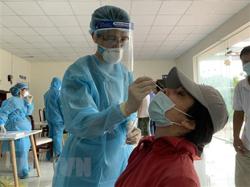 A view of the HCM City skyline. The city aims to become a leading start-up hub in Southeast Asia over the next five years. - Vietnam News/ANN

HO CHIH MINH City, March 24 (Vietnam News/ANN): Ho Chi Minh City has approved plans to develop 1,000 start-ups as part of its efforts to become a leading start-up hub in South-East Asia over the next five years.

The plan envisages enabling 3,000 businesses to improve their innovation capacity and help 100 access venture capital by 2025.

To achieve the targets, the city will develop infrastructure and an eco-system that would enable start-ups to improve productivity and competitiveness and develop higher-quality products in order to go regional and, later, global.

In 2016 - 20 it assisted 650-700 businesses annually with improving their innovation capacity.

Last year, Vietnam jumped 13 positions to rank 59th out of 100 economies with the best start-up ecosystems in the world, according to a ranking by StartupBlink, a global start-up ecosystem map and research centre.

According to Robert Tran, CEO of consulting firm RBNC for North America and Asia Pacific, Vietnam has great potential to become a start-up hub in Southeast Asia due to a number of “good entrepreneurship ideas” that could be expanded regionally and even globally.

Vietnam also has a population large enough for start-ups to experiment locally first before reaching out to the world.

But the success rate of start-ups remains low (at roughly 3 per cent) since many fail to clearly identify their long-term business goals.

He said the Government should put in place a comprehensive legal framework to ensure protection for investors and assistance and support for start-ups.

In 2016 the Government approved a plan to build a start-up eco-system for innovative and sustainable development of entrepreneurship by 2025.

In February this year it decided to build a network of innovation centres in Hà Nội, Đà Nẵng and HCM City to support research and development by start-ups.

It wants to make the national start-up eco-system the 15th best in the Asia-Pacific in the near future.

According to Do Ventures, a HCM City-based venture capital firm, in the first half of last year the country accounted for 16 per cent of the total investment in tech start-ups in South-East Asia to rank third behind only Singapore (37 per cent) and Indonesia (30 per cent).

HCM City accounts for more than 50 per cent of the country’s start-ups.

Located in the heart of South-East Asia and Vietnam’s most economically dynamic city, HCM City has also been chosen by expats as a base to build start-ups.

It is also an attractive destination for foreign entrepreneurs, experts have said.

It has a well developed infrastructure for online business, its online payment system works efficiently and its internet is reliable.

It has a high concentration of talented young people, who are ambitious, well educated, open-minded, and comfortable with trying new ideas and sharing experiences.

The city has a population of some 13 million, more than half under 35 years of age. Many young people are influenced by western culture and appreciate international brands with good quality.

The city contributes 20 per cent to national GDP.

It is home to more than 3,000 foreign representative offices from 60 countries and territories. - Vietnam News/ANN 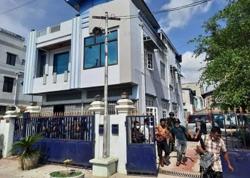