Droves of internet users in China have expressed sympathy for a 76-year-old Chinese woman assaulted by a white man in San Francisco in the United States and applauded her for standing up against a racist bully.

Xie Xiaozhen, originally from Guangdong, was waiting to cross the road on Wednesday when a white man in his 30s yelled “Chinese” and punched her in the face. She fought back using a wooden stick she saw nearby, leaving the man injured, according to media reports.

The video clip of Xie, who appeared shaken up and was crying out in Cantonese “Why did you hit me?” while holding an ice bag to her bruised face while her assailant was put on a stretcher with blood dripping from his mouth, was quickly picked up by media outlets around the world, including mainland Chinese media such as state newspaper People’s Daily and its tabloid affiliate the Global Times.

It is one of several recent attacks on older Asian-Americans in San Francisco.

Just came upon an attack on an elderly Asian woman on Market Street San Francisco. Effort I got more details pic.twitter.com/5o8r0eeHE2

Police did not reveal the motive behind the attack, but many believed Xie was targeted simply because of her race and said they felt “sorry”, “sad” and “heartbroken” about a grandmother being the target of a hate crime.

“It was justified that she defended herself, but this is so sad. She was attacked for no reason at all,” said a user on Weibo.

“My heart broke watching this and I cried. The granny fought back but I don’t feel any happier. She looked so wronged and mistreated,” said another user.

Images of the attacker being taken to hospital on a stretcher were the subject of much of the online discussion. Many praised Xie for setting a good example in standing up to racism. 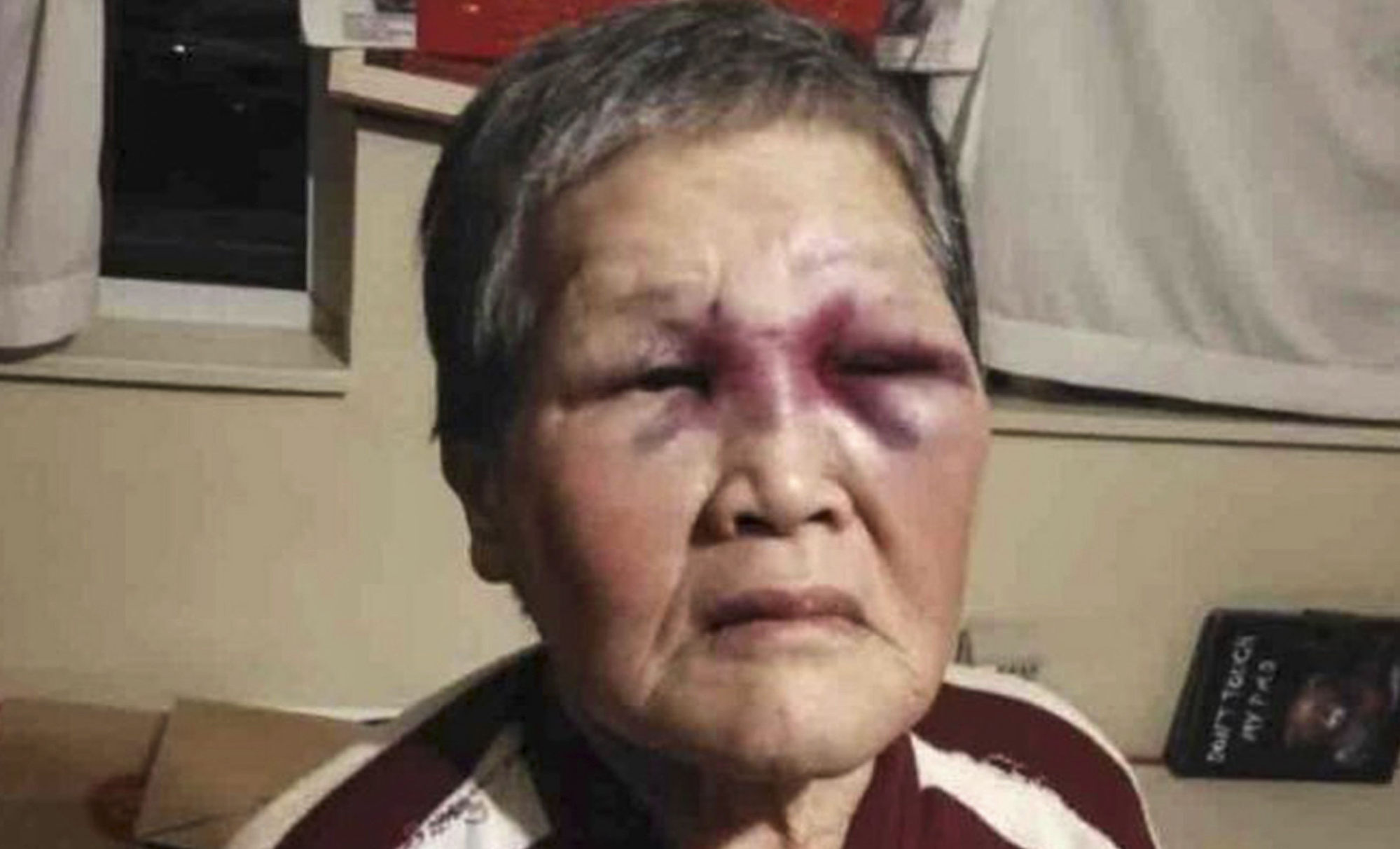 “The elderly woman kicked ass! The white man was afraid of the strong and bullies the weak. It’s time to teach him a lesson so that he knows that not to mess with Chinese,” one Weibo user said.

“I hope every Asian people has this simple desire to fight back. No use being civilized with the savages,” another echoed.

Some also called for Asian people to put aside their differences in the face of racism.

“China, Japan and South Korea have never been on good terms, but people of these roots in the US, please be united because your power will be stronger,” the Weibo user said.

In an interview with the Global Times, Chen Dehe, Xie’s son-in-law, said Xie fought back because she felt, “I can’t be bullied”, and was very happy about the media attention and support from around the world.

He said Xie has always been aware of racial discrimination and once spoke up for a Chinese person who she believed was discriminated against on a bus.

Xie was still traumatised by the experience her son said and would not leave her retirement home. Her left eye was still swollen and her vision was impaired because of hemorrhaging, Chen said.

Asians in America have increasingly been the target of hate crimes since the start of the Covid-19 pandemic and a report released by Stop AAPIH (Asian Americans and Pacific Islanders Hate) showed there had been nearly 4,000 hate incidents to date.