By Ang Qing (The Straits Times) 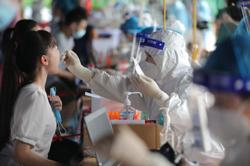 The group of Singaporeans and Malaysians will finally board a special AirAsia flight to Kuala Lumpur on April 8. - The Straits Times/ANN

SINGAPORE, March 13 (The Straits Times/ANN): At least nine Singaporeans have been struggling to leave Macau after they were unable to secure a direct flight home due to the pandemic.

One is desperate to return after losing his job in the Chinese city, whose economy has been hit hard by Covid-19. Another needs surgery for a spinal condition and wants to return home.

The group of Singaporeans and Malaysians will finally board a special AirAsia flight to Kuala Lumpur on April 8, arranged and confirmed by the consulate-general of Malaysia in Hong Kong on Thursday (March 11).

Many had spent more than three weeks waiting for the decision, with some unemployed, unwell or pregnant.

While some people in Macau have flown home on commercial flights via Hong Kong, it is understood that those who have medical conditions or are pregnant did not want to do so for fear of becoming infected with the coronavirus while quarantined in the territory.

One among the group being repatriated, a Singaporean who works in the events industry, suffered a heart attack at the end of last year and has been trying to return home for treatment ever since.

The man, who did not want to be named, said that his doctor advised him to have another stent fitted after the emergency operation but he did not have full insurance coverage in Macau.

He added: "It's good that we can join our neighbours in returning home since there are very few Singaporeans compared with Malaysians here in Macau."

The flight was coordinated by fellow Singaporean Agnes Goh, who has lived in Hong Kong and Macau for around 30 years.

"Before the confirmation (of the AirAsia flight) on Thursday, we faced tremendous pressure to secure a flight because quite a number of healthy passengers were thinking of backing out and flying from Hong Kong instead," she said. "This made the mission increasingly impossible."

In response to queries from The Straits Times on Friday, the Ministry of Foreign Affairs (MFA) said that it had been "working with all relevant parties involved to bring them home safely via a special flight".

Celia Lao, chief executive of AirAsia Hong Kong and Macau, said the flight was initiated by the Malaysian consulate last month. She added: "Other transit passengers are also welcome to take advantage of this flight once it is confirmed. We are looking to achieve a minimum of 60 passengers."

As at 9.30pm on Friday, there were 41 Malaysians and nine Singaporeans confirmed for the flight.

"Singaporeans in Macau may also return to Singapore via Hong Kong by commercial flights, after serving their 14-day compulsory quarantine in Hong Kong," the MFA added. - The Straits Times/ANN 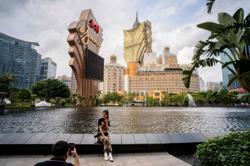