China protests after US Navy’s latest transit through Taiwan Strait The US navy has sent a warship through the sensitive Taiwan Strait prompting an angry protest from Beijing.

The Arleigh Burke-class guided-missile destroyer USS John Finn conducted a routine Taiwan Strait transit on Wednesday in accordance with international law, the US 7th Fleet said in a statement.

“The ship’s transit through the Taiwan Strait demonstrates the US commitment to a free and open Indo-Pacific.

“The US military will continue to fly, sail and operate anywhere international law allows,” said the statement, which included photos of the warship sailing through the narrow waterway that separates the mainland and the self-ruled island.

According to the US 7th Fleet, the John Finn, part of the Theodore Roosevelt Carrier Strike Group, was on a scheduled deployment in the fleet’s area of operations.

It was the third such transit conducted by the 7th Fleet since the Biden administration took office.

On Thursday, Taiwan’s defence ministry confirmed the passage of the ship, saying it had headed south after sailing through the Taiwan Strait.

The People’s Liberation Army, however, denounced the transit as “deliberate showing off” and a “provocation” that served only to undermine regional and cross-strait stability. 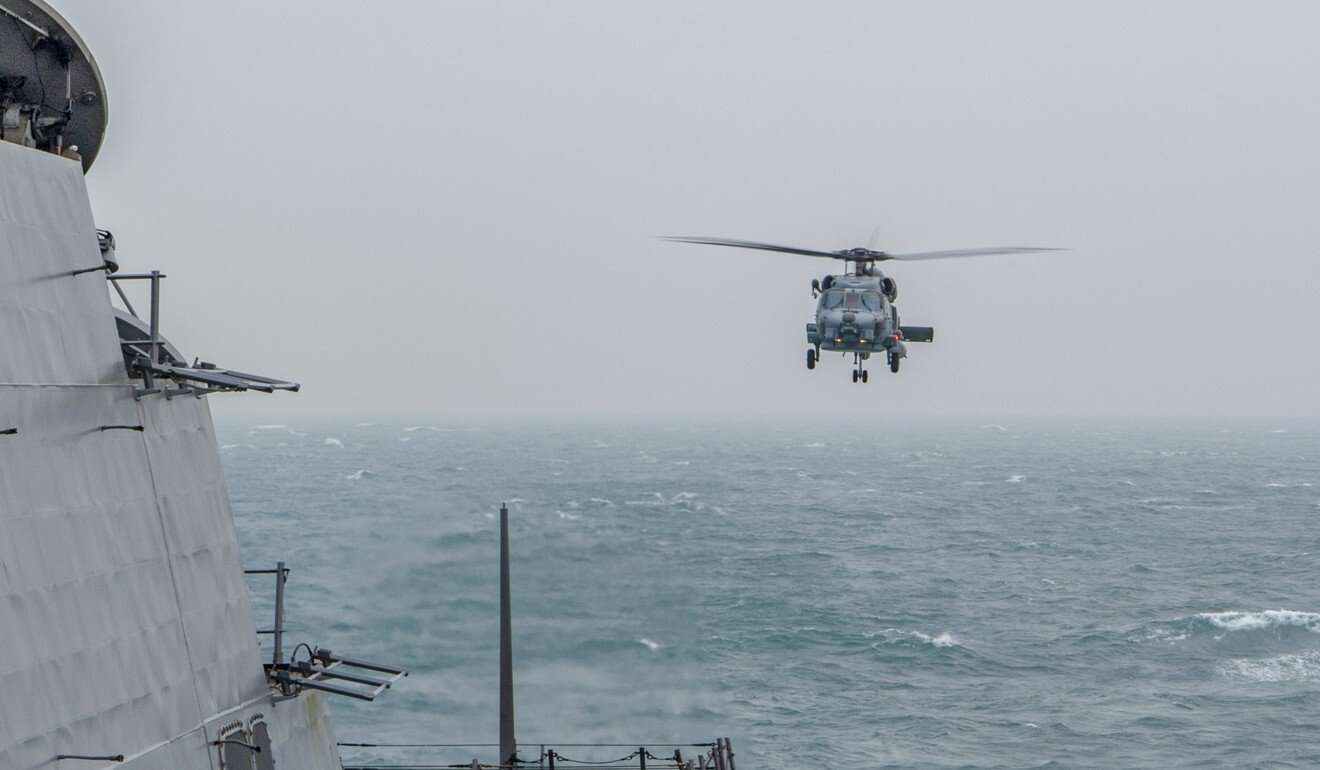 Beijing considers Taiwan a wayward province that must be returned to its control, by force if necessary. It regards US transits through the Taiwan Strait a sign of support for the island and a challenge to its sovereignty.

“Such [actions] serve only to disrupt the regional situation but also endanger stability in the Taiwan Strait, which we resolutely oppose,” Zhang said, adding the PLA would maintain a high level of alertness and respond to all threats and provocations at all times.

Local news media reported that Taiwanese and PLA warplanes and ships had shadowed the American destroyer.

The US also sent warplanes, including P-3 Orion submarine-hunting aircraft to carry out operations in the South China Sea.

According to the 7th Fleet, US warships transited the waterway 13 times in 2020.

The latest transit was the third since Joe Biden was sworn in as president in January, with two others being carried out on February 4 and February 24 – a sign Taiwanese media and authorities have interpreted as a continuation of Donald Trump’s support for the island.

This week US Asia-Pacific commander Admiral Philip Davidson warned that the mainland could invade the island within the next six years.

“I worry that they’re accelerating their ambitions to supplant the United States and our leadership role in the rules-based international order ... by 2050,” he told a US Senate armed services committee hearing on Tuesday.

“Taiwan is clearly one of their ambitions before that. And I think the threat is manifest during this decade, in fact, in the next six years,” he warned.