SINGAPORE, March 6 (The Straits Times/ANN): The maximum penalties for three sexual offences are set to be increased as the Singapre Government seeks to send a strong signal that it takes a tough stance against such crimes.

The proposed changes come after a review of penalties for hurt and sexual offences, Law and Home Affairs Minister K. Shanmugam (pic) said in Parliament on Friday (March 5).

The review was carried out following public uproar over several cases in recent years, which raised questions over whether the sentences imposed were adequate, he said.

This comes to light on a day when the Singapore Health Ministry announced there were 13 new coronavirus cases confirmed as at Saturday noon (March 6), taking Singapore's total to 60,020.

They included 12 imported cases who had been placed on stay-home notice on arrival in Singapore, said the Ministry of Health (MOH).

There was one new case in the community.

As for the new move in sexual offences, an issue that came up was whether the offenders were let off easy because they were university students. He added the proposal is to raise the maximum jail term for outrage of modesty from two to three years, so that harsher punishments can be imposed for egregious cases.

Shanmugam told the House that an average of 1,190 outrage of modesty cases were reported each year from 2016 to 2020.

The maximum sentence for two offences involving sexual communication with minors is also set to be raised, from a year to two years' jail. 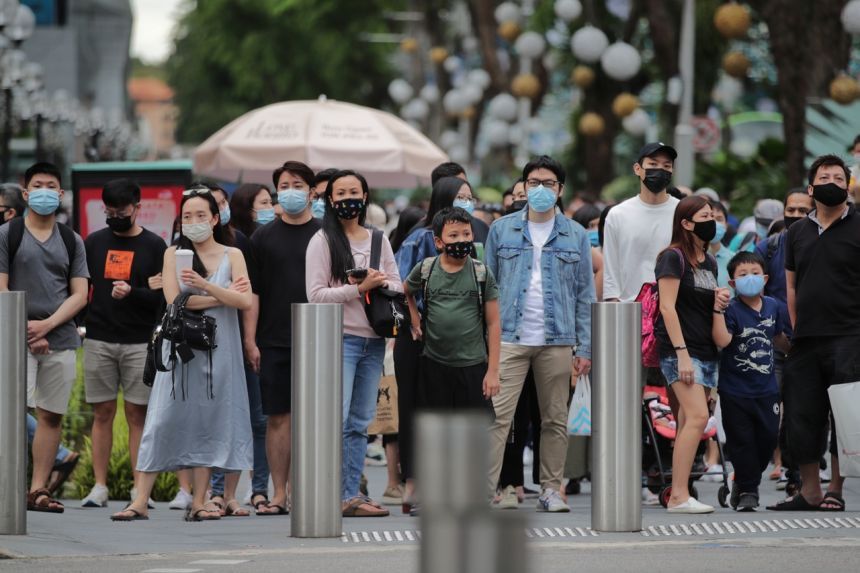 These changes to the Penal Code are the latest in a line of amendments to strengthen protection for victims of sexual and hurt offences.

Another outcome of the review is that a deterrent stance will be taken against adult offenders - those above the age of 21 - who commit certain hurt and sexual offences.

This means that the Attorney-General's Chambers (AGC) will generally object to rehabilitative sentences such as probation and community-based sentences for such offenders.

A guide will also be published to educate the public about the sentencing process.

The guide, which addresses questions such as the factors taken into account in sentencing, will be published on the websites of the Ministry of Home Affairs, the Law Ministry and the AGC.

Mr Shanmugam made it clear that an offender will not receive a lighter sentence just because he has higher educational qualifications or better prospects.

"This means, if you touch a woman inappropriately without her consent, if you upload intimate images of an ex-girlfriend or any other woman, if you video record a woman showering, you must face serious consequences in law," he said.

"You shouldn't be able to come to court and say you have a bright future, you will go far and so on. You can go far. But first serve the sentence." - The Straits Times/ANN