MANILA, March 6 (Bloomberg): Philippine food maker Monde Nissin Corp. filed for an initial public offering to raise as much as 63 billion pesos ($1.3 billion) in what could be the nation’s biggest ever first-time share sale.

The producer of the country’s best-selling instant noodle brand Lucky Me! plans to sell 3.6 billion shares at as much as 17.5 pesos each, according to a filing with the Philippine Securities and Exchange Commission on Thursday. The company could issue as many as 540 million additional shares in an overallotment option, the filing showed.

At US$1.3 billion, the share sale would be the country’s largest IPO to date, based on data compiled by Bloomberg. National Grid Corp. of the Philippines is seeking an IPO in the Southeast Asian nation to raise as much as $1 billion, Bloomberg News has reported.

Monde Nissin makes crackers, muffins and biscuits, and has a presence in more than 30 countries, according to its website. 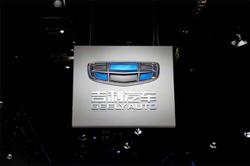