"Calls to love our own products, Indonesian products, must be echoed. I also campaign for hatred towards products coming from abroad," Jokowi, as the president is popularly known, said during a trade ministry event.

"Love our goods, hate foreign goods," he said, without naming any country.

Trade minister Muhammad Lutfi told a news briefing Jokowi's remarks were in response to concern that Chinese manufacturers were copying products designed by small and medium-sized Indonesian enterprises and selling them on foreign e-commerce platforms at a fraction of the price, crushing local producers.

Lutfi said artificial intelligence was used to identify the best sellers and it was difficult to raise a complaint to the World Trade Organization because of the use of digital platforms, which obscures the origin of goods, he said.

The Chinese embassy in Jakarta did not immediately respond to a request for comment.

Indonesia will introduce a new measure this month to stop "predatory pricing practices" via online trading platforms, the minister said.

"We will regulate electronic trading," he said without elaborating.

Last year, Indonesia lowered the threshold at which it begins to impose import taxes on consumer goods sold via e-commerce to reduce overseas shipments, especially those coming from China.

China is Indonesia's biggest trade partner and a major investor, but Jakarta has complained of a persistently large trade deficit. The average annual deficit in merchandise trade in the past six years was $14 billion, according to Indonesian trade ministry data. 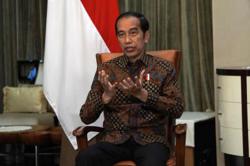