Electronics are the Philippines’ top export product, accounting for about half of shipments sold abroad. - Bloomberg

MANILA (Philippine Daily Inquirer/ANN): The Philippines and other Association of Southeast Asian (Asean) countries stand to gain from an anticipated tech exports boom amid the “new normal” of social distancing and working online, Moody’s Analytics said on Wednesday (March 3).

“Vietnam, the Philippines, Malaysia and Thailand are especially well-positioned to benefit from the surge in global consumer electronics demand in the short term, but also from a potential longer-term realignment, as the ongoing global tech battle and concerns regarding intellectual property theft will be pervasive, ” Moody’s Analytics economists Shahana Mukherjee, Denise Cheok and Jesse Rogers said in a report titled “Factory Southeast Asia: Global Manufacturing’s Next Frontier.”

Moody’s Analytics said it helped that Southeast Asian countries were most deeply integrated with the global electronics industry, creating substantial value at the processing and assembly stages of intermediate goods.

Electronics are the Philippines’ top export product, accounting for about half of shipments sold abroad.

Exports of electronic products shrank 7.6 per cent to $36.98 billion last year even as most other export sectors contracted by double-digits due to the closure of international borders and weaker consumer spending globally, no thanks to Covid-19 lockdowns.

Moody’s Analytics noted that the Philippines and Thailand mostly assembled and tested lower-value microchips, while Malaysia and Singapore had advanced semiconductor fabrication factories.

As such, Moody’s Analytics said the growth in semiconductors and consumer electronics exports also boosted imports to the Philippines, Indonesia and Thailand.

“More recently, the region has emerged as a critical location for the assembly and processing of consumer electronics. These span from cell phones in Vietnam to personal computers in Thailand and household electronic appliances in Thailand, the Philippines and Indonesia, ” it added.

Moody’s Analytics said the Philippines, Malaysia, Thailand and Vietnam would likely lead further growth and diversification of the electronics industry in the region.

Earlier, the Organization for Economic Cooperation and Development said the Philippines was poised to post a slower-than-targeted economic growth of 5.9 per cent in 2021, with net exports and public investment expected to support the partial economic recovery.

It enjoined the Philippines to take advantage of digitalisation to quickly bounce back from last year’s slump as it noted that technology adoption in the manufacturing sector was relatively slower than in the services sector, which included the information technology and business process outsourcing industry —the second biggest globally next to India’s and one of the Philippines’ largest dollar earners. - Philippine Daily Inquirer/Asia News Network 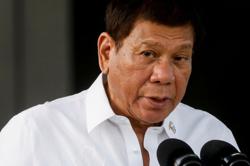