A Hong Kong couple have denied murdering their five-year-old daughter who prosecutors said died of septicaemia after her immunity was weakened by 150 days of neglect, horrifying “games” and torture “in hell”.

The High Court on Wednesday heard the child was found with more than 130 injuries over her body, after she was rushed unconscious – in a diaper – to hospital and certified dead on January 6, 2018.

Her eight-year-old brother was also sent to hospital on the same day, and was similarly found with 130 injuries to his head, face and underweight body, according to prosecutors.

Their father, 29, and stepmother, 30, have admitted two counts of child cruelty in respect to both children, but denied the girl’s murder. The prosecution has rejected their offer to plead guilty to the lesser charge of manslaughter, also punishable by life in prison.

The children’s 56-year-old step-grandmother is also on trial, on four counts of child cruelty, alleging wilful ill-treatment and neglect in a manner likely to cause unnecessary suffering, which she has denied.

None of the defendants or their relatives can be named following Mr Justice Albert Wong Sung-hau’s gag order, to protect the identity of the children.

Opening the 30-day trial on Wednesday, senior assistant director of public prosecutions Derek Lai Kim-wah said the couple punished the children by forcing them to play dangerous games – known as “flying high” and “imitating Superman” – made them starve and deprived them of medical care after inflicting serious injuries with their bare hands, slippers, scissors, clothes hanger and rattan cane.

“The names of these two games may sound funny or amusing,” the prosecutor told the jury. “But the truth is they are not funny at all. After hearing evidence, you may find these games horrifying.”

Lai said the father, a transport worker, would hold one of the children at a time by the armpits and repeatedly throw the youngster upwards, even if head contact was made with the ceiling, in the so-called flying game; while the stepmother, a housewife, would watch and encourage him.

“The child would scream, beg him to stop and cry,” he said.

As for “imitating Superman”, Lai said each defendant would grab hold of one side of the child and swing him back and forth, as though they were about to let go.

Other alleged punishments included tying the children up overnight, banning sleep when they were naughty, and ordering the eight-year old to sit on an invisible chair – to the point that he was found limping at school one-to-two days later.

The grandmother was also accused of inflicting corporal punishment on the children, and turning a blind eye to the “horrible abuse” she “must have” known about.

“You might find,” the prosecutor said, “the two children actually lived, figuratively speaking, in hell”.

Lai said the couple also tried to justify their abuse by making the children think it was their fault, and took all measures to avoid others seeing the injuries: covering their faces with masks, removing them from school and telling “a pack of lies” to the teachers and social worker who noticed.

The girl, named Z, was last seen at nursery in late October, 2017. A week later, her stepmother told teachers she had left Hong Kong to attend a relative’s funeral in mainland China and needed to extend her stay because another relative was about to die. But official immigration records showed the child had never left Hong Kong at the material time.

Teachers later notified the children’s paternal grandmother on November 8, 2017, after finding the boy, named X, limping at school, with a swollen eye.

Worried about his safety, the grandmother and her two other sons visited the school to make inquiries. But the teachers did not disclose the family address, and instead suggested they make a police report, which they did, at Tuen Mun Police Station. On the same day, the father asked the school to not contact his mother again.

The alleged assaults, ill-treatment and neglect spanned 150 days, from August 10, 2017, when the couple moved from the place of the children’s paternal grandmother and uncles to live with their step-grandmother, until Z died a day after she was “forced” to play the games while she was said to be ill.

Lai said the couple had indirectly but significantly contributed to the child’s death because their prolonged abuse had considerably weakened her immune system and ability to fight the bacterial infection.

The prosecutor also revealed that causation was not the main issue at trial, as the defence was expected to focus their challenge on the couple’s mental state and whether they had the intention to cause the girl grievous bodily harm.

He said the jury would hear evidence from the children’s other sibling, named Y, from their stepmother’s previous marriage, who saw what happened but did not experience the corporal punishment.

The stepmother was also expected to argue that she was suffering from mental illness that deprived her of proper judgment and foresight before the girl’s death, contrary to the prosecution’s expert assessment.

The court heard she had told investigators that all of the injuries were caused by her husband, while he admitted using the rattan cane. Lai said both statements were “blatant lies”, noting the stepmother had “an equal share of this kind of torture”.

The couple got married in November 2016, after the father separated from his children’s biological mother in 2013 and finalised their divorce in mid-2015.

The biological mother, madam M, said she did not fight for the children’s custody because she did not want to upset their paternal grandmother, who was doing a good job as their primary carer.

She confirmed that Z was toilet-trained by the time she attended nursery in September 2015, and was a well-behaved child who did not require any special care. Her testimony also revealed that she had met the father while they were in secondary school.

When asked to describe the man she used to live with, madam M replied: “Actually, he loved his family very much and he was not particularly hot-tempered, even if he was angry – he would not lose his temper and swear at others.”

The trial continues on Thursday before a jury of three men and four women. 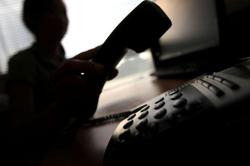