“Medical professionals will be the first group to receive the vaccine at two doses per person, each dose has an interval of three weeks,” he said.

“The second group will be public health volunteers who have high risk of contacting infected patients during proactive testing missions. They will receive the vaccination from next week.”

Sophon added that the last target group to receive the first lot of Sinovac vaccine would be those who have chronic diseases and therefore would be more vulnerable if they contracted Covid-19.

“However, there are 10 groups of people who are prohibited from receiving the Sinovac vaccine,” said Sophon.

They are those under 18 years old and over 60 years; women who are pregnant, are breastfeeding or planning to get pregnant during the vaccination period; those who have undergone transfusion of blood, plasma or other related products for the treatment of Covid-19 in the last 90 day; those who have uncontrollable symptoms such as chest pain, trouble breathing, palpitations and those who are suffering from brain or nervous diseases. Meanwhile, Thailand on Tuesday (March 2) confirmed 42 new COVID-19 cases, mostly domestic, and one more fatality, according to a report of the Center for the COVID-19 Situation Administration (CCSA).

Of Tuesday's new cases, 39 were domestic infections while three others were imported cases, the CCSA report said.

Those domestic cases included 24 detected in Samut Sakhon, among other provinces, the report said.

The new fatality, reported on Tuesday, was a 92-year-old Thai man, who had contracted the virus from an infected vendor at a marketplace in Pathum Thani. The deceased reportedly had heart disease, diabetes and high blood pressure.

So far, 25,420 patients have fully recovered and been released from hospitals while 569 others are currently hospitalized and 84 fatalities have been reported.

Thailand ranks 114th on the global list of most cases, which is topped by the US with 29.31 million, followed by India 11.12 million, Brazil 10.59 million, Russia 4.26 million and the United Kingdom 4.18. - The Nation Thailand/ANN
Article type: free
User access status: 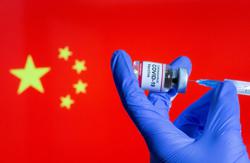