JAKARTA (The Jakarta Post/ANN): The government has temporarily cut the luxury tax (PPnBM) on new car purchases and the value-added tax (PPN) on new homes in a bid to boost consumer spending.

Coordinating Economic Minister Airlangga Hartarto said on Monday (March 1) that the tax cuts were expected to add between 0.9 and 1 percentage points to the country’s gross domestic product (GDP) growth this year by reviving the automotive, real estate and construction sectors, all of which are labor-intensive industries.

“These incentives, of course, cannot be separated from the people’s confidence in the vaccine and Covid-19 containment efforts as the keys to recovery, ” he said during a joint press conference with the finance, industry and public works and housing ministers.

The Office of the Coordinating Economic Minister is focusing its resources on stimulating consumer spending to book GDP growth of between 4.5 and 5.5 per cent this year. In comparison, the economy contracted by 2.07 per cent last year.

Consumer spending is a key driver of the economy and contributes more than 50 per cent to GDP.

However, such consumer spending fell 2.63 per cent year-on-year (yoy) in 2020, led by a decline in retail sales, goods imports and wholesale car sales, according to Statistics Indonesia (BPS).

Finance Minister Sri Mulyani Indrawati also said on Monday that the government needed to allocate Rp 2.99 trillion (US$209 million) for the PPnBM cut and Rp 5 trillion for the PPN cut. The tax cuts are part of the Rp 58.46 trillion National Economic Recovery budget for business incentives.

Finance Ministry Regulation No. 21/2021 will cut the PPN for landed houses and low-cost apartments purchased between March 1 and Aug 31.

“This has been done to encourage the sales of houses that were built by developers last year and this year but which have not yet been absorbed by the market, ” said Public Works and Housing Minister Basuki Hadimuljono, adding that around 27,000 such houses were eligible for the tax cut.

However, Indonesian Consumer Foundation (YLKI) head Tulus Abadi said that such incentives might not revive consumer spending or even be attractive to potential purchasers.

"One of the most common complaints from consumers regarding housing is about quality. Some developers will reduce the quality of a subsidised home, for example. So, it is important to monitor the implementation of this incentive in the future," he told The Jakarta Post in a phone interview on Monday.

“Our target is to return production levels to 1 million units per year as fast as possible and to push exports, ” said Industry Minister Agus Gumiwang Kartasasmita.

Domestic car sales slumped 50 per cent on an annual basis in 2020 to 532,407 vehicles from 1.03 million vehicles in 2019, as the pandemic reduced purchasing power, according to Association of Indonesian Automotive Manufacturers (Gaikindo) data.

“This programme does not offer anything to improve consumers’ buying power, even though the prices will be lower, ” said Piter Abdullah, research director of the Center of Reform on Economics (CORE) on Feb 16.

Economist Bhima Yudhistira of the Institute for Development of Economics and Finance (Indef) added that the PPKM reduced the demand for new cars as consumers still largely prioritised the purchase of everyday goods.

“Buying motor vehicles is not a major priority. It remains a tertiary priority, even among the middle class, ” he said.

Bank Indonesia and the Financial Services Authority (OJK) have also relaxed the requirements for auto loans and mortgages in supporting the government. 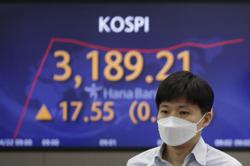