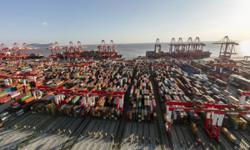 BEIJING (Global Times): Former US President Donald Trump made his first public appearance after leaving the White House at the Conservative Political Action Conference (CPAC) 2021 on Sunday (Feb 28), and as expected, with the failed impeachment against him, Trump showed his confidence and hinted he might run for president again.

Chinese experts said that whether or not Trump returns in 2024 depends on many factors, such as his taxes and other financial matters, and the performance of Joe Biden's administration.

No matter what happens in 2024, even if Trump or Trumpism returns, China is fully prepared, they said.

Trump turned the CPAC 2021 into his first post-presidential rally, pledging in a speech "riddled with falsehoods" to purge his enemies from the Republican Party and hinted at another run for the White House in 2024, CNN reported.

He denied that he has plans to establish a new party, and vowed to unite Republicans.

"Do you miss me yet?" Trump asked the crowd at CPAC, while some Chinese web users who watched the video online commented on Chinese social media with posts such as,"We miss you so much Comrade Jianguo (Trump's nickname in China, meaning 'Trump building China'). We haven't seen anything as funny as you are since you left the White House," and "At least, the media outlets miss you so much. Without you, political news is not entertaining anymore."

During his speech, Trump made some racist and hostile remarks about China such as calling the Covid-19 "China virus."

However, some Chinese netizens joked that "If Trump comes back, Americans will have a much bigger headache than us," as seen on Chinese news portal guancha.cn.

Lü Xiang, a research fellow at the Chinese Academy of Social Sciences in Beijing, told the Global Times on Monday that "For the good of the rest of the world, we hope the US could stay rational, decent and calm, not nonsensical and crazy."

At CPAC 2021, most Republican senators didn't show up, which means the mainstream of the GOP wants to stay away from Trump, Lü said.

"But if he runs again, if he could survive charges related to his taxes issue and credit fraud, he would win the Republican primary easily, but he is unlikely to beat his Democratic opponent."

The Biden administration and Democrats have until the 2022 mid-term elections to fix the mess, and if they fail, the Republicans and Trump will have a chance, said Chinese experts.

Although Trump is confident, before he closed out the annual conservative gathering, held in Orlando, Florida this year, a cadre of ambitious Republicans eyeing a 2024 presidential run of their own tried to put their spin on Trump's populist message, echoing his grievances against big tech, the media and liberal "cancel culture" in efforts to tap into the "Make America Great Again" base Trump built, CNN reported.

Whether Trump or younger Republicans like Ted Cruz, Marco Rubio, Tom Cotton or even former US state secretary Mike Pompeo, these people are unable to solve problems for neither the US nor other countries, but very good at hyping disputes and creating problems.

So, even if they return in 2024, they would be a problem for Americans, but China, which is very familiar with their approach, would be prepared for any possibility, said Chinese experts. - Global Times 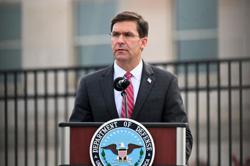 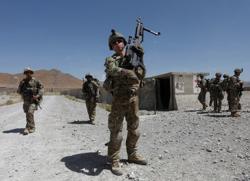