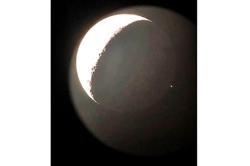 BANDAR SERI BEGAWAN, March 1 (Borneo Bulletin/ANN): In a historic first in response to the ‘new normal’ environment of the Covid-19 pandemic, the Brunei High Court awarded a Malaysian company MYR4,106,938.42 in a claim against a Brunei company after a trial was conducted virtually over a week in October 2020.

On February 26, the High Court awarded the Malaysian company over MYR4 million in its claim against the Brunei company after the full trial was conducted virtually.

The Malaysian company’s initial claim against the Brunei company was for MYR7,821,855.41.

However, the counterclaim was dismissed by the High Court. Additionally, the High Court awarded a six-per-cent-per-annum interest to the aforesaid judgement sum from May 23, 2016, to the date of judgement.

Counsel for both parties conducted their cases virtually from Brunei Darussalam, with the plaintiff being represented by Roy Prabhakaran and Kamal bin Shaari of Messrs Yusof Halim & Partners, while Pengiran Shahyzul bin Pengiran Abdul Rahman and Too Shu Vun of Messrs Pengiran Izad and Lee represented the defendant. - Borneo Bulletin/ANN