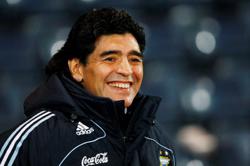 BANGKOK, Feb 27 (Bloomberg): Thailand’s central bank plans to auction its first floating-rate notes linked to a local benchmark to replace Libor, as the move away from the scandal-tainted benchmark gathers pace globally.

The Bank of Thailand will auction 30 billion baht ($1 billion ) of 182-day notes with a coupon rate of 5 basis points above the compounded Thai overnight repurchase rate, known as Thor, on March 25, it said in a statement Thursday. The offering is part of the central bank’s 380 billion bond auction plan for March, it said.

Policymakers around the world are working to develop new benchmarks to replace Libor, after trading informing the rate dried up and European and U.S. banks were found to have manipulated it for their own advantage. The ICE Benchmark Administration Ltd. late last year said it was consulting on plans to extend the retirement date for some Libor U.S. dollars rates until late June 2023, although regulators have been pushing for banks to move away from the benchmarks as soon as they can.

Singapore was among the first nations to auction debt linked to an alternative benchmark when the Monetary Authority of Singapore sold S$500 million notes in August, linked to the compounded Singapore Overnight Rate Average.

"This marks an important milestone in promoting the use of Thor as a new reference rate in derivatives and cash products, as well as increasing the choice of interest rate hedging instruments in the financial market,” Bank of Thailand Assistant Governor Vachira Arromdee said in a statement. "Institutional investors such as commercial banks, mutual funds, and insurance companies are allowed to participate in the auction.”