ST understands that the five who died were in the car when the accident happened. - The Straits Times/ANN

SINGAPORE, Feb 13 (The Straits Times/ANN): Five people have died and one was sent to Singapore General Hospital after a car slammed into the front of a shophouse on Saturday (Feb 13) morning.

In a statement to The Straits Times, the SCDF said it was alerted to a fire at 37 Tanjong Pagar Rd at about 5.40am.

"The fire involved a car and the front of a shophouse. SCDF extinguished the fire with three water jets and one compressed air foam backpack," it said.

Five people were pronounced dead at the scene and one, a woman, sent to SGH with serious burn injuries. ST understands that the five who died were in the car - a BMW - when the accident happened. 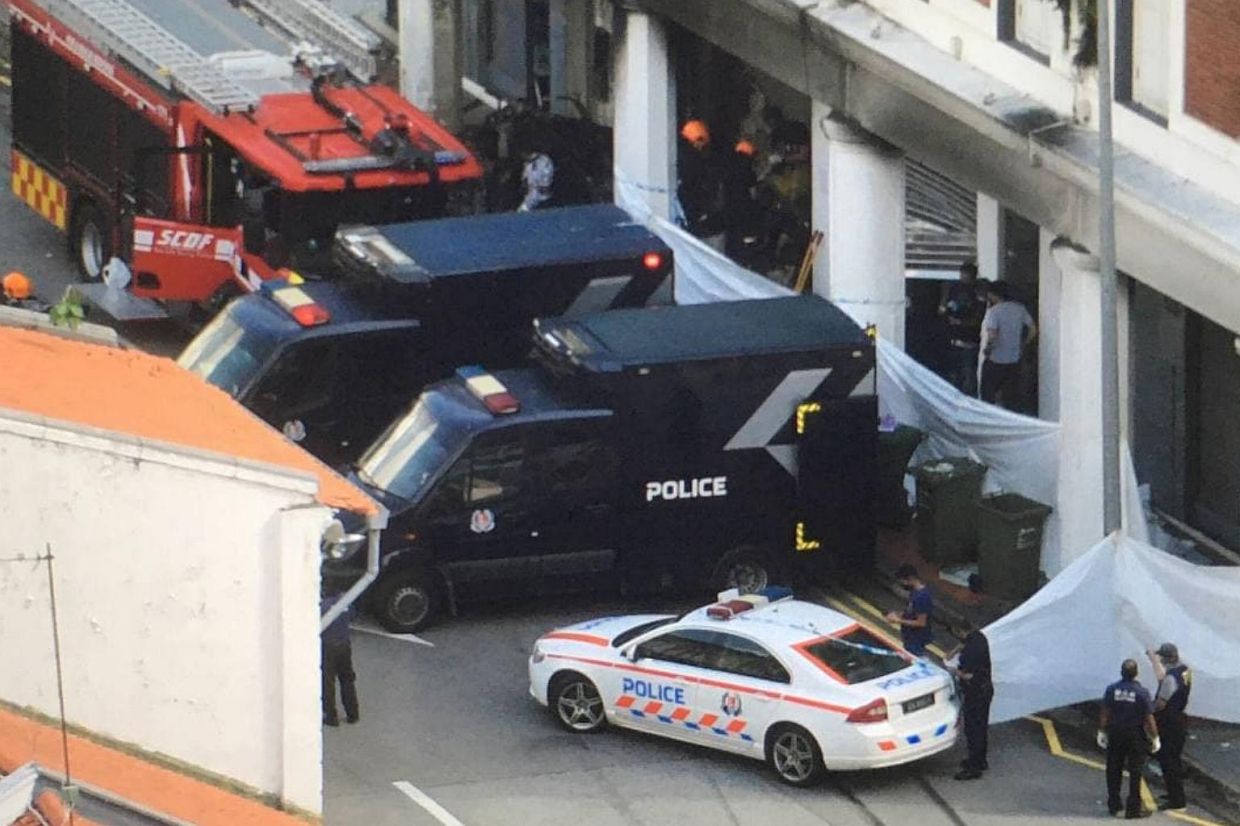 When ST arrived at the scene at 7.50am, about 200m of Tanjong Pagar Road was cordoned off and there was a strong burning smell in the air.

Family members were spotted at the scene and are believed to have identified the bodies of the deceased. They were taken from the accident scene to the mortuary at the SGH in two police hearses. The first, carrying one body, arrived at 11.11am, while the second arrived at 11.26am with the remaining four bodies.

At around 10.50am, the police expanded the cordon to block off the whole of Cook Street and more of Duxton Hill.

Song Seng Wun, 60, an economist who lives in the area, said he heard cars revving loudly down the road at about 5.30am. After about 10 minutes, he heard a loud crash. “I looked out of my window and saw flames,” he told ST.

He saw that the car had crashed into the first floor of a shophouse, which was empty at the time. 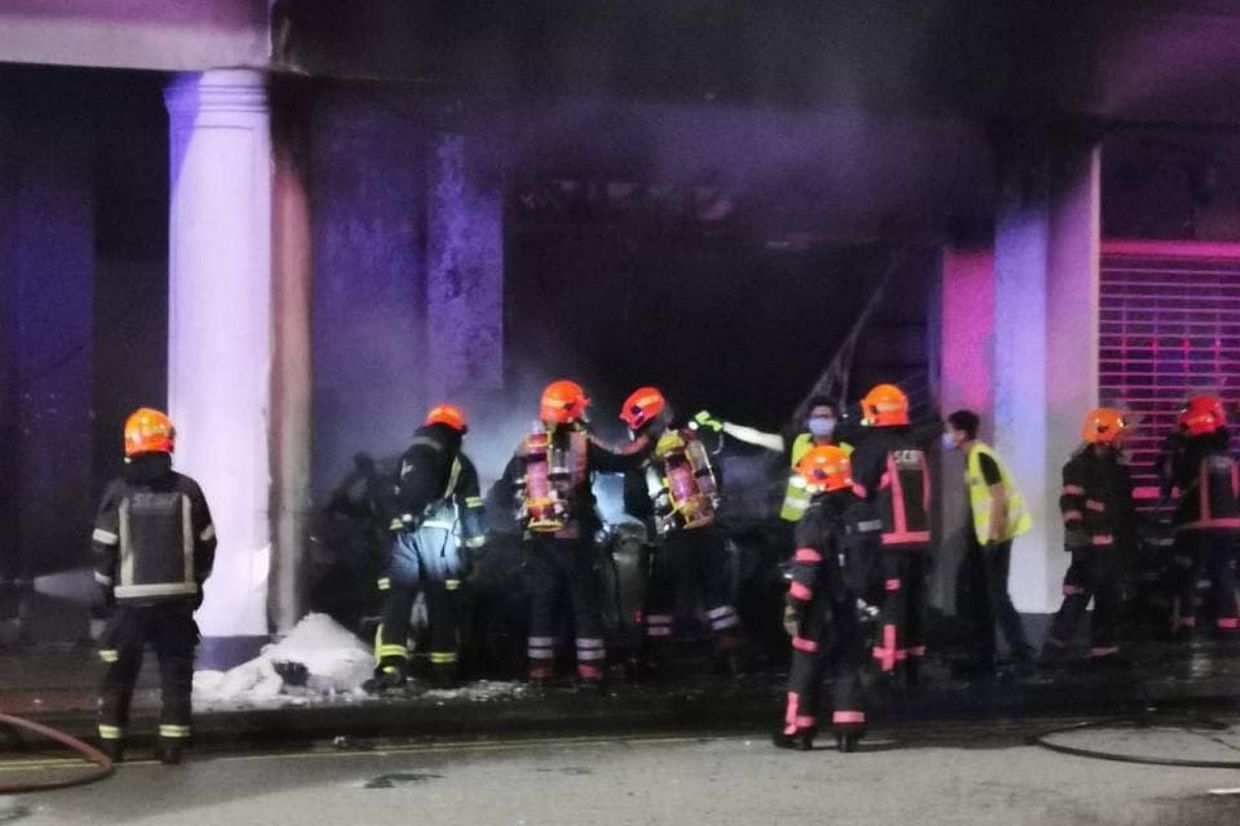 The SCDF said it was alerted to a fire at 37 Tanjong Pagar Rd at about 5.40am. - The Straits Times/ANN

When Song went to the scene of the incident, he saw a man kneeling and crying on the side of the road. He said: "He was crying hysterically and begging the police officers for help, saying his friends were in the burning car."

The Land Transport Authority announced a road closure on Tanjong Pagar Road (towards Murray Street) after Maxwell Road at 7.30am.

SBS Transit said that bus services 80 and 145 were being diverted from Tanjong Pagar Road (towards Hoe Chiang Road), with 10 bus stops skipped due to an accident.

Shopkeepers with shops in the area have been standing around the cordoned-off area trying to find out what’s happening, and when they can get to their premises. 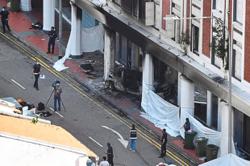