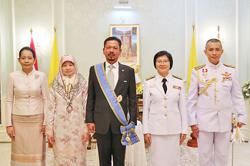 PABD members in a group photo with Jimny Sierra Brunei Community at the location of meteor sighting. - Borneo Bulletin/ANN

BANDAR SERI BEGAWAN, Feb 8 (Borneo Bulletin/ANN): The Astronomical Society of Brunei Darussalam (PABD), with the help of eyewitnesses, is still investigating mysterious sightings of a fireball accompanied with a loud bang, which was reported falling to Earth in broad daylight on Jan 31.

PABD conducted further examination at several locations, based on a firsthand sighting video obtained from a group of 4×4 off-road enthusiasts known as the Jimny Sierra Brunei Community.

Photographs of the meteor were also obtained from Sabah Stargazers, to assist in the investigation.

Based on this information, PABD was able to determine the coordinates in the sky of the reported meteor.

Initial reports stated that there were two key sources of evidence based on two dash cam-footages that accidentally caught the meteor at the same time, from Kampong Kulapis in Brunei Darussalam and Penampang in Sabah.

The information was proof to determine the approximate physical characteristics of the meteor and its location, which were later triangulated by statistics from another eyewitness.

PABD said: “The fireball brightness is difficult to estimate due to bright sunlight, but usually ranges from magnitude -5 (equivalent to the planet Venus) to magnitude -10 (light produced by a half-illuminated moon).

“Based on the video recording by Abdul Wafiy bin Haji Rudzi (4×4 community) the light from a fireball was estimated to be at magnitude -13, which is equivalent to the light produced by a full moon. This makes the event exceedingly rare and special.

“Most ordinary meteors with diameter one millimetre or about the size of a grain of sand have the capability to produce a rapid flash, as they streak the sky.

“But bright fireballs that were seen easily in the daytime last week are many times that size – anywhere from a baseball-sized object to something as big as a small car.”

Preliminary analysis by PABD has also pinpointed the estimated location of the meteor explosion which occurred in the airspace of South China Sea, about 30 kilometres away from Bandar Seri Begawan, near the Brunei Bay and Southwest of Labuan Island.

Based on the elevation angles, the position of the fireball, when the intense explosion occurred, was computed about 35 kilometres high above the ground.

When a meteor travelling at tremendous velocities penetrates the Earth’s stratosphere, at an altitude of below 60 kilometres and explodes as a bolide, there is a high chance that the meteor triggers a sonic boom which can be heard on the ground below. - Borneo Bulletin/ANN 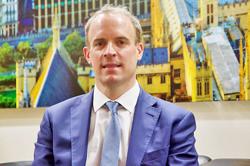