A nurse treats a COVID-19 patient in serious condition at Kindai University Hospital in Osaka Prefecture in December. A rising number of COVID-19 patients are on waiting lists for hospitals. -KINDAI UNIVERSITY HOSPITAL / VIA KYODO

KYODO, Japan, Jan 25 (The Japan Times/ANN): At least 15,058 people were on waiting lists for a hospital or a designated accommodation after testing positive for the novel coronavirus earlier this month in the 11 prefectures covered by a state of emergency, a Kyodo News survey found, as public health centers have been swamped with a surge in cases cases.

A growing number of patients on waiting lists have died at home.

The number as of last Tuesday marks a sharp increase from a month earlier, including in Tokyo, where it almost quintupled. Local public health centers are tasked with arranging hospitalization or accommodation for people infected with the virus.

The survey showed that Tokyo had the most infected people waiting to be hospitalized or accommodated at other facilities among the 11 prefectures, jumping 4.8 times from 1,563 as of Dec. 19 to 7,539. Hyogo Prefecture has seen its number increase 5.8 times to 727 people.

Every prefecture has seen a similar rise. Two of Tokyo’s neighboring prefectures — Saitama and Chiba — had 1,169 and 2,328, respectively, while there were 1,410 in Osaka.

Some local governments have tallied those who need to be hospitalized but are forced to stay at home because of bed shortages, with 96 such cases in Kanagawa Prefecture and 20 such cases in Aichi Prefecture.

Chiba and Kanagawa said their scheduling struggle is due to “pressing hospital bed shortages, ” while Tochigi Prefecture said that designated hotels cannot welcome patients round-the-clock since it takes time to disinfect the facilities each time patients arrive or depart. As a result, some patients end up with nowhere to go.

Amid a resurgence of infections, Prime Minister Yoshihide Suga declared a monthlong state of emergency on Jan. 7 for the capital and three neighboring prefectures, later expanding it to seven other prefectures.

Under the state of emergency, people have been urged to refrain from going out unnecessarily, while restaurants have been asked to shorten their hours.

Tokyo logged 986 new cases of COVID-19 on Sunday, down from 1,070 the previous day and dropping below the 1,000 mark for the first time in 12 days, the metropolitan government said.

The latest figure brought the capital’s cumulative cases to 93,890. 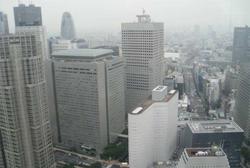