In breakdown, textile exports surged 29.2 percent from a year earlier to reach US$153.84 billion. Garment exports shrank 6.4 per cent to US$137.38 billion, according to the Ministry of Industry and Information Technology.

In December alone, the country's textile exports expanded 12.6 per cent year on year to US$12.29 billion.

Garment exports in December increased 2.8 per cent year on year to US$13.91 billion.

The province recorded 2.3-per cent GDP growth in 2020 to exceed 11 trillion yuan (US$1.7 trillion), Ma said while delivering a government work report at the annual session of the provincial legislature. 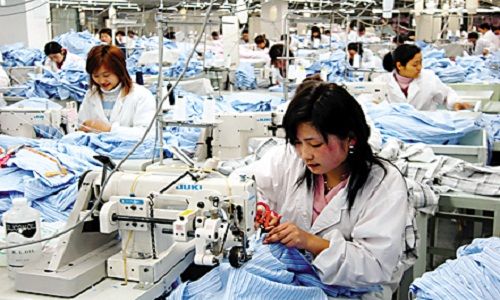 Guangdong, a manufacturing heartland and leading foreign trade player in the country, has been successful in resuming production and business after the COVID-19 outbreak, according to the report.

Meanwhile, the province's total imports and exports of goods shrank by 0.9 percent year on year in 2020 to 7.08 trillion yuan, according to the provincial statistics bureau.

In breakdown, exports edged up 0.2 percent while imports dropped by 2.6 percent, the bureau said in a report delivered to the legislative session.