It was one of the worst instruments of torture in history – used on women deemed disobedient, usually because of adultery.

They would be strapped naked to a “wooden donkey” as if riding it, and whipped as they were paraded through the streets in a public shaming. Wooden or metal spikes embedded in its back sliced through the victim’s crotch until they passed out, weights often strapped to their feet to increase the agony.

So when a Chinese internet star dubbed Useless Edison for his hilarious inventions posted a video of himself making just such a contraption – albeit without the spikes – then spinning around on it and telling viewers it could he used to punish cheats who don’t pay their restaurant bills by forcing them to throw up what they had eaten – there was an outcry online in China.

Some commentators responded to the distasteful video saying, “all you need is the stick to make it whole” – a reference to the whippings victims endured – but a majority of internet users called the video abhorrent and offensive. The video has since been removed from Chinese video-sharing platform Bilibili.

Useless Edison – whose real name is Geng Shuai – apologised for offending women with the “wooden donkey” – a device thought to have originated in China’s Song dynasty (960-1279), although no relics have survived.

“I offer my most sincere apologies, no matter what excuses I may have, if this has hurt your feelings,” Geng wrote on Weibo – China’s Twitter-like service – on Wednesday.

What if he made equipment that makes men into eunuchs. It’s just for fun – don’t get too sensitive, boys
A female internet user in China gives her ironic reaction to the stir Geng’s contraption created

“It’s due to my lack of understanding of history that I made a video disrespectful to women. I hope to obtain your forgiveness.”

He said that he only became aware that his latest invention was once used to harm women when his online audience criticised it. He has now torn the woodwork apart and promised to be more careful in future with his work – and with his viewers’ feelings.

Geng, a welder who has also been dubbed Craftsman Geng, is a 32-year-old DIY tinkerer from Baoding in Hebei province, northern China. He shot to fame in 2018 for making utterly useless yet hilarious contraptions, including a rotating umbrella, a meat cleaver smartphone case, and a skateboard that looks like a sword. 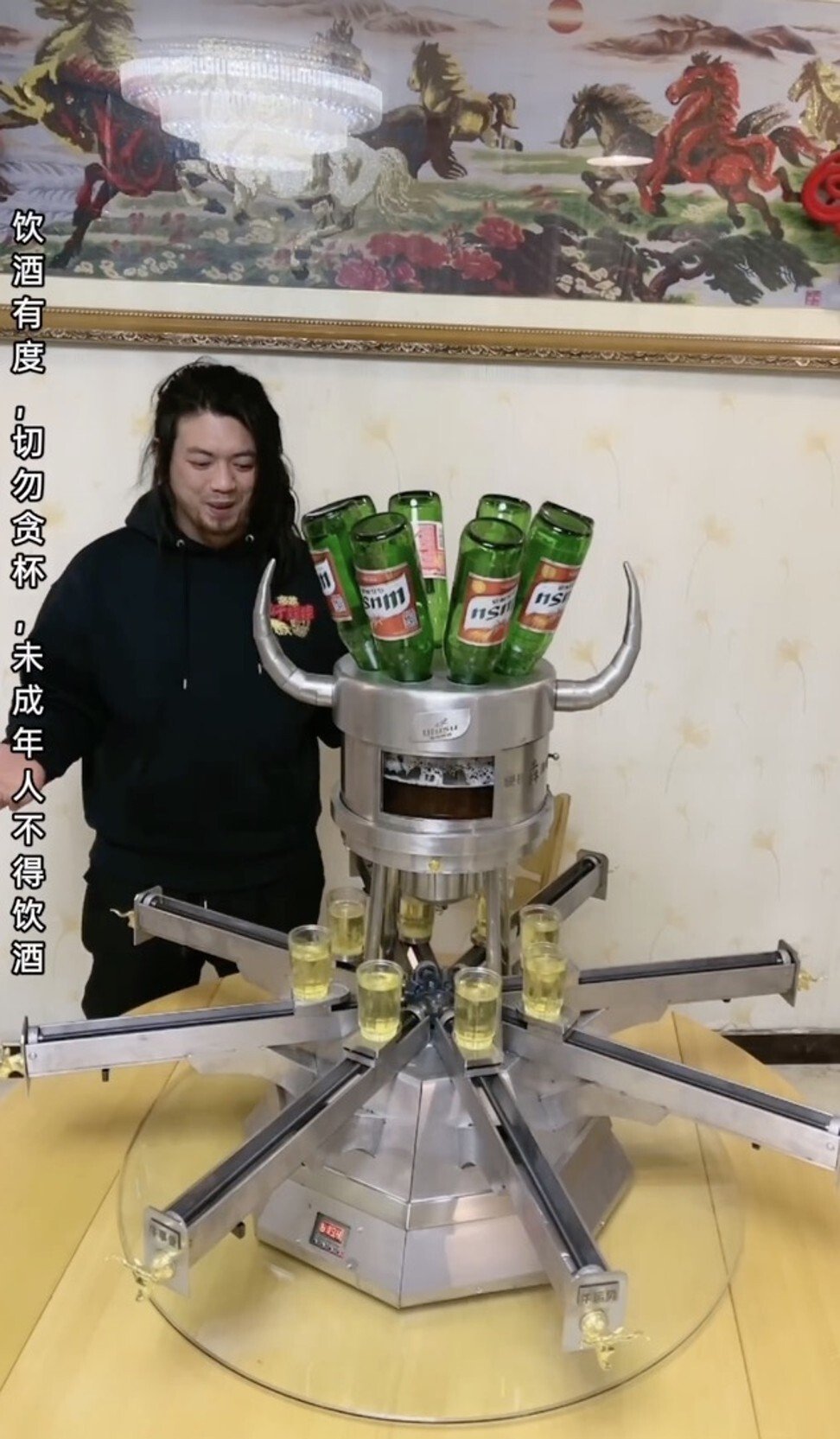 From his workshop in a village southwest of Beijing, Geng hams it up for the cameras as he shows how to use his inventions. In most cases, instead of making his life easier, the inventions backfire, often with hilarious results.

“God has given him technology but forgotten to give him a brain,” one commentator wrote of his video posts.

The videos went viral, and Geng has accumulated more than 10 million fans on platforms such as Bilibili, Weibo and Douyin – China’s TikTok. He makes a living through “tips” from viewers for his performances. Reacting to Geng’s apology this week, some internet users accused women of being “sensitive” and “too politically correct”, saying the video had been made in fun.

Having her final say on the matter, one woman quipped: “What if he made equipment that makes men into eunuchs. It’s just for fun – don’t get too sensitive, boys.”