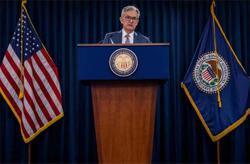 HONG KONG (AFP): Equities mostly rose as investors struggled for traction in Asia on Wednesday (Jan 13) following a tepid lead from Wall Street, with hopes for another vast US virus relief package offset by political upheaval in Washington and surging virus cases.

Risk sentiment was given a vital boost Tuesday when several top Federal Reserve officials played down the chances the central bank will begin winding down its bond-buying easy-money policy anytime soon, despite expectations of higher inflation caused by a new stimulus.

Democrats are pushing ahead with impeachment proceedings against Donald Trump, who is accused of inciting last week's storming of the Capitol Building, though there are concerns of further unrest leading up to Joe Biden's Jan 20 inauguration. Trump warned of "tremendous anger" across the country.

There is a worry that such a move could overshadow the new president's first few months in office, distracting him from his goal of pushing through a third rescue package for the US economy that he said would be worth trillions of dollars.

Still, the prospect of another spending splurge in the world's top economy continues to provide key support to markets, even as virus infections soar and deaths hit a record daily high on Tuesday.

Biden "is expected to announce the details of his Covid relief plan and that could cause major waves across the board", said Gorilla Trades strategist Ken Berman.

"Analysts widely expect another stimulus cheque (for Americans), but investors will likely focus on the structure of his other plans, which could lead to wild swings in the most-affected sectors."

Most of Asia was on the up, though gains were limited as investors were reluctant to pile in owing to near-term worries about the virus surge, which has caused several countries to reimpose lockdowns for the next several weeks as they battle to roll out vaccines.

Tokyo, Hong Kong, Sydney, Seoul, Singapore, Taipei, Manila and Jakarta were all in positive territory but Shanghai and Wellington edged down.

There had been concerns on trading floors that while the new stimulus would give a huge boost to the US economy, it would also push up inflation later, which could force the Fed to lift borrowing costs or tighten monetary policy.

But those fears were soothed by top bank officials, who said they were in no rush to turn off the taps.

"We want to get through the pandemic and sort of see where the dust settles, then we will be able to think about where to go with balance-sheet policy," St. Louis Fed President James Bullard told the Wall Street Journal.

And Boston Fed chief Eric Rosengren added later in the day: "I expect it to be a little while before we're even talking about tapering on our purchases of government and mortgage-backed securities."

"What I think investors are most focused on is the digesting of what is shifting fiscal policy," said David Bianco at DWS Group.

"We're beginning to lose the anchor on some long-term key benchmark interest rates."

The prospect that policy will remain loose for some time weighed on the dollar and pushed 10-year US Treasury yields down from their March highs.

Still, Stephen Innes at Axi said markets had been boosted by vast government and central bank support and it was "hard to imagine the taper tantrum debate will lessen any as we progress through 2021, especially when inflation picks up".

"I suspect investors will constantly be revisiting the policy, fidgety over the fear of one or even both policy balloons deflating at some point in 2021". 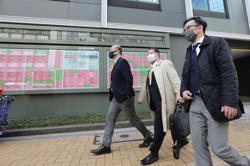 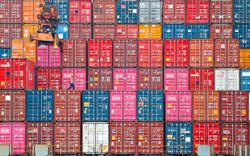