Foreign investors pump over US$28.5bil into Vietnam in 2020

HANOI (Vietnam News/ANN): Foreign direct investment (FDI) registered in Vietnam hit US$28.53 billion in 2020, a year-on-year decline of 25 per cent due to the significant impact of the Covid-19 pandemic, a report from the General Statistics Office (GSO) revealed.

About 2,523 new projects were licensed with capital totalling $14.6 billion, down 35 per cent in the number of projects and 12.5 per cent in registered capital.

Meanwhile, 1,140 operating projects were allowed to raise their investment capital by $6.4 billion, up 10.6 per cent year-on-year. Foreign businesses also invested $7.5 billion during the year through capital contributions and share purchases, representing a yearly reduction of 51.7 per cent.

From January to December, FDI disbursement also experienced a slight decline of 2 per cent to nearly $20 billion.

In 2020, foreign companies invested in 19 sectors in Vietnam. Of which, processing and manufacturing lured the lion's share of FDI with $13.6 billion, accounting for 47.7 per cent of the total capital.

Power production and distribution came next with more than $5.1 billion or 18 per cent. Real estate and wholesale sectors were the runners-up with $4.2 billion and $1.6 billion, respectively.

However, the Ministry of Planning and Investment (MPI), said many foreign-invested enterprises in the country have gradually recovered and maintained business and production activities. More importantly, many others showed their strong interest in investing in Vietnam.

Statistics from the MPI showed that nearly 300 international companies were seeking investment opportunities in Vietnam or expanding their operations in the country. Of them, over 60 firms had made initial steps in investing or expanding presence in the Southeast Asian nation.

South Korea was the country’s largest source of FDI with over $70.6 billion or 18.4 per cent of the total capital. Japan ranked second with $60.3 billion or 15.7 per cent, following by Singapore, Taiwan and Hong Kong.

According to the GSO, Vietnamese companies also poured $590 million into overseas projects in 2020, up 16 per cent compared to 2019.

Of the sum, $318 million came from 119 new projects while the remainder of $272 million from 33 operational projects which registered to increase their investment capital. — Vietnam News/Asia News Network 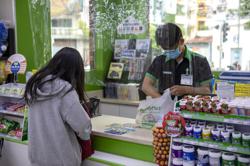 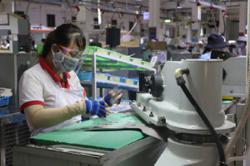