Falling into the wrong hands 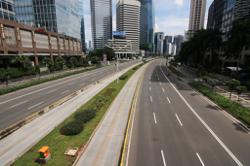 The distribution of Covid-19 social aid to people with disabilities in Jakarta has suffered from significant data errors and discrepancies in quality and quantity, a recent survey by Indonesia Corruption Watch (ICW), in collaboration with disability rights groups, has found.

The study, which virtually surveyed 120 people with disabilities living in Jakarta from Oct 14 to Oct 20, found that 74% of respondents had been impacted by the ongoing pandemic.

Of those affected by the health and economic crisis, 42% earned less than 1 million rupiah (RM287) monthly, according to the study.

ICW researcher Dewi Anggraeni said during a webinar on Tuesday that 32% of respondents were not registered as recipients of the central government’s social aid, despite being among the most vulnerable to financial woes given that they earned an average of less than 1 million rupiah per month.

The quality and quantity of the aid, Dewi said, had also been a source of discontent among people with disabilities, as the items were ill-suited to their needs.

She urged the government to consider adjusting the form and quantity of social aid to meet the needs of differently-abled people, noting that financial support was preferable to packages of daily supplies of questionable quality.

“Without proper record-keeping, how can we ever determine whether the social aid meets the needs of the recipients?” Dewi asked.

The ICW suggested that the government establish an official integrated channel – such as a mobile app – through which people with disabilities could file complaints about the distribution of Covid-19 social aid because the existing platforms were inadequate.

In recent months, persistent issues of data reliability have complicated efforts to equitably distribute Covid-19 social aid to citizens bearing the brunt of the pandemic in Jakarta and other regions.

A study published by the SMERU Research Institute conducted between late April and mid-May in five cities and regencies of the country found instances where government social assistance ended up in the wrong hands. — The Jakarta Post/ANN 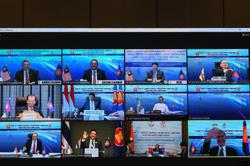 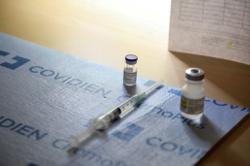