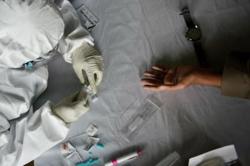 According to local daily the Borneo Bulletin on Wednesday (Dec 2), Awang Halbi said at the 3rd Sub-Regional Meeting on Counter-Terrorism and Transnational Security held recently via video conferencing that as Asean Chair 2021, Brunei is fully committed to strengthening efforts in preserving regional as well as global peace, security and stability.

He added that Brunei will always remain vigilant against any prospects of terrorism, even while focusing its efforts on eliminating the persistent threat of the Covid-19 pandemic.

The meeting was co-hosted by Indonesia and Australia and joined by ministers and officials from Malaysia, Myanmar, New Zealand, the Philippines, Singapore and Thailand.