Shoppers gearing up for Christmas at the Curve shopping mall in Damansara, Kuala Lumpur.

KUALA LUMPUR, Nov 29 (Bernama): The ideal 2020 embedded in the mind of many Malaysians are the creation of a developed society, the assurance of economic justice and the birth of a competitive economy, instead the expectations were shattered when the first coronavirus case was traced in Wuhan in November last year.

A month later on Dec 31, 2019, China informed the World Health Organisation (WHO) of a few cases of unusual pneumonia in Wuhan, and the first case outside China was reported on Jan 13, 2020 in Thailand and it did not take long for WHO to declare the 2019-nCoV outbreak a Public Health Emergency of International Concern.

The first case of Covid-19 in Malaysia was reported on Jan 25, and on Feb 11, WHO said the new coronavirus was being renamed Covid-19.

The looming pandemic of Covid-19 has posed further pressure on Malaysia's economy, which saw the country's gross domestic product (GDP) in the fourth quarter of 2019 declined to 3.6 per cent, the lowest in 41 quarters since 3Q09 at negative 1.1 per cent.

Malaysia’s GDP in 2019 moderated to 4.3 per cent, while the growth was still in positive territory in Q12020, it was impacted by slowing global economy, global geopolitical tensions, trade spat between the United States and China, and India’s move to increase import duty for Malaysia’s palm oil by 5.0 per cent to 50 per cent.

The lower GDP growth in 2019 signalled to an unpleasant 2020, whereby in 1Q20, Malaysia's growth continued to slow, charting 0.7 per cent growth amidst uncertainties in all directions, including in the economic and political landscapes.

Tan Sri Muhyiddin Yassin was sworn in as the eight Prime Minister on March 1, after a week-long crisis that saw a realignment of the country’s political landscape and two weeks later, Malaysia introduced containment measures to curb the spread of Covid-19, culminating in the enforcement of the movement control order (MCO) in four phases from March 18 until May 3, the first time in the country’s history.

The step has its implications on the country's domestic business landscape, resulting in the government rolling out economic stimulus packages from the Prihatin Rakyat Economic Stimulus Package (PRIHATIN) to the National Economic Recovery Package (PENJANA) and KITA PRIHATIN, amounting to a mammoth RM315 billion. 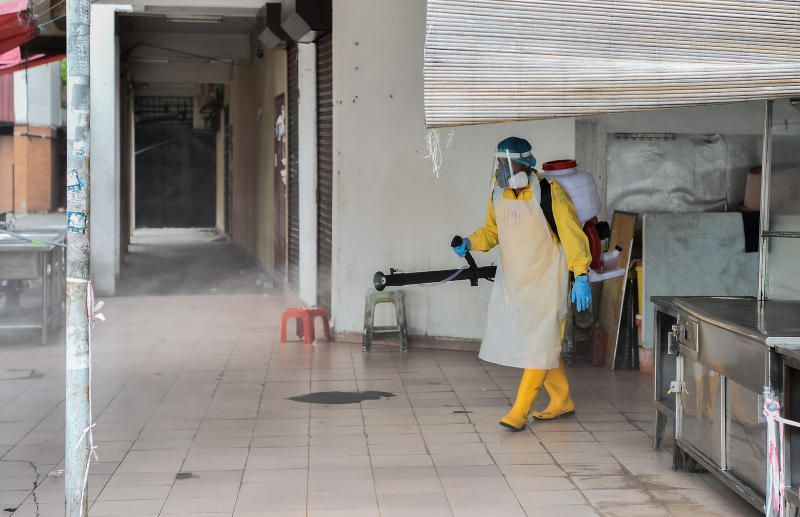 Concerted efforts were taken to avoid a recession, with Bank Negara Malaysia stepping in to announce the first overnight policy rate (OPR) cut by 25 basis points to 2.75 per cent from 3.0 per cent -- a level not seen since March 11, 2011, which surprised the market in January.

Since then, BNM had slashed the OPR three consecutive times as the pandemic dwindled global economic conditions during the period.

However, the OPR was maintained at 1.75 per cent in September as the central bank said the global economy continued to improve, with the easing of containment measures across more economies, coupled with strong policy support.

For Malaysia, the central bank said economic activity continues to recover from the trough in April this year, and the latest high-frequency indicators show that labour market conditions, household spending and trade activity have continued to improve.

The efforts continue as the government introduce an additional measure to keep the engine of economy running, with the Prime Minister announcing a six-month moratorium period on loan repayments to financial institutions from April 1 until Sept 30. However, the implication of abrupt disruption in the economic activities resulted in Malaysia's economy contracting 17.1 per cent in Q2. The largest contraction was in the construction sector, which recorded a contraction rate of -44.5 per cent, followed by manufacturing at -18.3 per cent and services at -16.2 per cent.

The construction number looks massive and is certainly worrying but ultimately, the sector makes up just 3.1 per cent of the country’s GDP. On the other hand, despite falling by 16.2 per cent, the services sector constitutes 57.8 per cent of GDP and employs about 61 per cent of the labour force.

The government's decision to implement key transport infrastructure projects, with a total allocation of RM15 billion in Budget 2021 augurs well for the industry, especially after country's construction industry suffered RM18.5 billion in losses during the first three phases of the lockdown to curb the spread of coronavirus.

As the country went into Q3, Bank Negara Malaysia announced that the country's GDP recorded a lower contraction of 2.7 per cent due to relaxation of the movement restrictions, allowing gradual resumption of business activities.

BNM has reaffirmed its positive outlook going forward with the reopening of business activities, forecasting the country's economy to grow between 6.5 per cent and 7.5 per cent in 2021, driven by recovery internally and externally.

As 2020 draws to a close, news on the development of Covid-19 vaccines sparked brings cheer across the world, including in Malaysia, which has agreed to buy 12.8 million doses of Pfizer's Covid-19 vaccine.

Malaysia becomes the first country in Southeast Asia to announce a deal with the US drugmaker after some expressed reservations over the need for ultra-cold storage.

The news has encouraged a certain optimistic outlook towards on resumption of global trade and opening up of borders, even though post-Covid-19 recovery could take a longer time to return to normalcy. - Bernama