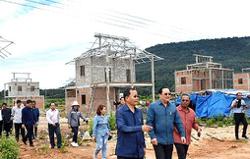 VIENTIANE (Xinhua): The Xe-Pian Xe-Namnoy hydropower project in southern Laos' Attapeu province has rebuilt a saddle dam at the reservoir after the previous one collapsed two years ago, causing a devastating flood.

According to local daily Vientiane Times on Friday (Nov 27), project officials told that a new dam had been built not far from the original structure which failed, unleashing a wall of water that submerged numerous villages in downstream Sanamxay district in Attapeu province, some 560km southeast of Lao capital Vientiane.

The dam collapsed after several consecutive days of heavy rain. It was made of soil and was unable to withstand the pressure as the volume of water built up behind it.

"The new saddle dam is made of concrete. It is solid and strong and has been built under the guidance of specialist engineers from international energy companies," officials said.

Deputy Minister of Energy and Mines Sinava Souphanouvong also visited the hydropower plant on Wednesday to inspect the standard of construction and to reassure communities living downstream of the dam that they were safe.

Numerous hydropower dams are being built in Laos, with a target of 100 to be constructed by 2030.

If the dams are built to the highest technical standards, they will last for a long time and be part of Laos' socio-economic legacy for future generations.

The collapse of the dam at the Xe-Pian Xe-Namnoy plant was a big lesson for Laos, leading the government to review safety standards in hydropower development to avoid further loss of life and destruction, according to the report.

When the saddle dam collapsed in July 2018, the resulting flood killed over 40 people and many more went missing while thousands of others were made homeless. Several villages in Sanamxay district were wiped out by the flood. 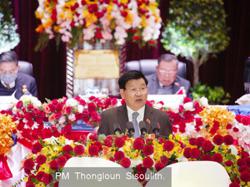