Caption Vietnam's Prime Minister Nguyen Xuan Phuc is pictured on the screen (right) as he addresses his counterparts during the 4th Regional Comprehensive Economic Partnership (RCEP) Summit at the Association of Southeast Asian Nations summit held online in Hanoi on Nov 15, 2020. - AFP

In the context of the global Covid-19 pandemic and challenges to the economic globalisation, the signing of the pact is not only a landmark achievement of East Asian regional cooperation, but also highlights that open cooperation is still a historical trend, and joint efforts to reach mutual benefit and win-win results are still popular.

Before the start of the RCEP negotiations, Asian countries had longstanding disputes over the path of Asian regional integration.

Following the Global Financial Crisis in 2008, the United States joined and led the promotion of the Trans-Pacific Partnership agreement negotiations in 2009.

These events have attracted a number of countries to participate in the TPP group, pushing countries in East Asia to be better aware of the crisis while building consensus on cooperation.

Under the proposal and promotion of the Association of Southeast Asian Nations, countries put aside their disputes and worked toward the launch of RCEP negotiations in 2012. They agreed on the guiding principles and objectives of RCEP negotiations, and decided to continue their talks.

The agreement clearly states that the goal of the RCEP negotiations is to reach a modern, comprehensive, high-quality, and mutually beneficial economic partnership agreement between Asean member states and their free trade partners.

However, the 16 members participating in the RCEP negotiations have a large gap in economic development in terms of economic aggregates. There are not only the world's second-and third-largest economies－China and Japan－but also Cambodia and Laos, which rank outside the world's 100th place.

In terms of per capita GDP, there is Australia with more than US$60,000, and Myanmar and Cambodia with only more than US$1,000.

Owing to the huge gap in the levels of economic strength, all parties have different interests, demands, various levels of acceptable market opening conditions, and many opinion disparities in the understanding of rules and standards relating to investment, intellectual property rights, competition policies and e-commerce. Hence, negotiations in the field of market access and regulations were fairly difficult.

Under such circumstances, the negotiations continued to be postponed from the expected conclusion in 2015 until the official signing of the TPP agreement in February 2016, once again giving RCEP members a sense of urgency.

The situation pushed all parties to work hard to reach a RCEP framework agreement in 2017. The document formed phased results on the basis of preliminary negotiations, and reached consensus on the outline of the contents of each chapter of the RCEP agreement.

After all, it still wasn't easy to negotiate and sprint. Since the US government withdrew from the TPP in 2017, the practice of protectionism and unilateralism has brought huge risks, challenges and uncertainties to the global economy.

This had forced East Asian countries to be more committed to promoting a high-level regional trade arrangement in Asia. Therefore, RCEP negotiations accelerated and entered the sprint stage of negotiations.

In this process, the leaders' decisions of various countries played an important role.

For example, Chinese leaders had stated on many international occasions that they would work hard to complete the RCEP negotiations, while at home they had actively promoted high-level opening-up to the outside world, providing solid domestic assistance for RCEP negotiations.

China had actively participated in the RCEP negotiations and supported the central role of the Asean in the negotiations.

It not only strengthened coordination of positions between the Asean and other member parties, and took the lead in resolving remaining differences with actual actions, but also conducted many bilateral consultations with Japan, India and other member countries to reach a settlement.

Although India temporarily withdrew from the talks, other parties still jointly issued a statement to end the RCEP negotiations in November 2019.

Since then, they have once again overcome the impact of the Covid-19 pandemic, communicated intensively through online video negotiations and other methods, and worked hard to resolve the follow-up issues, and finally ushered in the successful signing of the RCEP agreement.

The successful signing of the RCEP negotiations reflects the characteristics and vitality of regional economic integration in Asia. It is a milestone in the process of Asian regional integration, and a new demonstration of global economic cooperation from the regional level.

From the perspective of the negotiation process and the final text content, the RCEP can be seen as a full embodiment of Asian wisdom and growth model. It will also become an important leader in free trade in both Asia and the world in the future.

Unlike other traditional regional trade agreements promoted by major powers, the RCEP agreement is promoted by the Asean and centered on the Asean. When there are differences of interest among all parties, the Asean gave full play to the role of a coordinator, and put forward a compromise plan acceptable to all parties through a large amount of communication and coordination efforts.

Even in the face of the challenge of India's sudden withdrawal, the remaining members still actively communicated and retained contact through various means, hoping that India could change its stance and providing special arrangements for India's accession in the agreement.

They also agreed that India can participate in the RCEP meeting and the RCEP signing as an observer before joining the agreement.

Despite the fact that Asia is a latecomer in the process of regional integration now sweeping the world, it has gradually explored and formed a development model with its own characteristics.

The RCEP agreement is one of the highlights. The rules and standards adopted in the RCEP agreement are moderately improved on the basis of the World Trade Organization. In the meantime, space is reserved for subsequent negotiations and consultations.

While pursuing a high-level growth, the RCEP has the characteristics of gradual, inclusive and open cooperation, which can give countries a certain degree of policy adjustment space and attract more countries to participate.

Therefore, the results of such a free-trade agreement can benefit larger regions and more countries.

The agreement grants special preferential treatment to developing country members. It not only provides more relaxed tax reduction arrangements and moderate rule transition periods for certain Asean member states, but also proposes to give priority to developing and least developed countries in the chapter on economic and technical cooperation, providing capacity building and technical assistance.

Facing the severe challenges of the Covid-19 pandemic and the global economic downturn, the RCEP has the ability to become a powerful tool and platform for Asian countries to fight against the contagion and create growth momentum for economic recovery.

By ensuring the openness of regional markets and the interconnection of supply chains, it eliminates uncertainty and trade protectionism in the region, as well as further boosting regional trade and investment confidence.

It will surely open a new chapter of cooperation for the Asian economy if all countries work together to promote the effective implementation of the RCEP agreement as soon as possible.

Toward this end, they should all make good use of the agreement's preferential policies, and promote the integrated development of the regional industrial, supply and value chains. - China Daily/Asia News Network 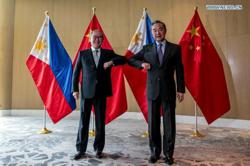 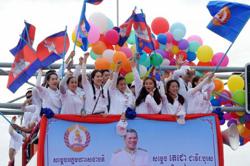