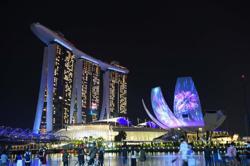 JAKARTA (The Jakarta Post/ANN): Indonesia is collaborating with the World Economic Forum (WEF) to host a virtual forum on Wednesday (Nov 25) that focuses on economic recovery in the country and the government’s efforts to curb the Covid-19 pandemic, while also promoting investment in key sectors like healthcare.

Government representatives are to meet global business players and other stakeholders at the “WEF Special Virtual on Indonesia: Indonesia’s Priority on Health and Economic Recovery”, according to a statement from the Foreign Ministry.

The forum is part of the WEF's Country Strategy Dialogue, which has selected Indonesia and three other countries, Japan, China and Pakistan, to participate in individual dialogues under the umbrella theme “The Great Reset”.

Deputy Foreign Minister Mahendra Siregar said on Monday that officials from 43 multinationals had registered for the forum, during which President Joko 'Jokowi' Widodo was to preside a panel alongside other high-ranking officials.

“We will inform the attendees about our national economic recovery process and the implementation of the Job Creation Law, ” Mahendra said at a press videoconference.

He was referring to the recently signed Law No. 11/2020 on job creation, also called the omnibus law, which was intended to attract investment and cut bureaucratic red tape.

Indonesia plunged into recession for the first time in two decades when the economy shrank 3.49 per cent year-on-year (yoy) in the third quarter, following a 5.32 per cent yoy contraction in the second quarter.

“It is our commitment to continue the economic reform process to improve [Indonesia’s] investment climate and competitiveness, ” he continued, and that the government planned to promote several industries to business leaders during the WEF virtual forum.

In particular, it would be seeking to promote investment in the healthcare and pharmaceutical industries to beef up Indonesia’s capabilities in vaccine and drug production.

"We have an additional message to business leaders regarding our efforts in improving the health sector’s overall condition and investment climate. We’re learning from our experience during this pandemic, [that] we need to be able to produce vaccines, ” said Mahendra.

The government was also seeking new investors in the digital economy, as well as in manufacturing, infrastructure development and renewable energy.

President Jokowi on Nov 5 called for total reform of the national health system, including developing a self-sufficient pharmaceutical industry toward building national resilience against the health and economic crisis caused by the Covid-19 pandemic.

“We know that around 90 per cent of [our] medicines and their raw materials still rely on imports, even though our country is rich in biodiversity, both on land and in the ocean, ” said the President.

Deputy chairwoman Shinta Kamdani of the Chamber of Commerce and Industry (Kadin) told The Jakarta Post on Tuesday that Indonesia had huge potential for investments in the pharmaceutical industry.

“Indonesia’s [pharmaceutical] market is huge, considering its population. We also have reformed our investment climate through the Job Creation Law, which improves our licensing process, ” she said in a phone interview.

However, Shinta said the industry lacked the capacity to produce pharmaceutical raw materials, which needed to be resolved to attract foreign investors.

“The biggest challenge for the pharmaceutical industry is our reliance on imported raw materials. This is why developing the upstream and downstream pharmaceutical processes has become the government’s main priority, ” she said.

Shinta also cautioned the government on Indonesia’s economy of scale with regard to competitors such as China and India, as well as protection for intellectual property in the industry.

As for renewable energy, she said that while Indonesia had huge potential in geothermal, hydropower and solar energy, the government still leaned heavily toward fossil fuels in its policies.

“We still have a subsidised fuel policy, which makes it hard for renewables to compete with fossil fuels. The government needs to roll out incentives for renewables to make it more competitive, ” Shinta suggested.

The government stipulates in the National General Energy Planning (RUEN) road map that new and renewable energy (EBT) should make up at least 23 per cent of the energy mix by 2025 and at least 31 per cent by 2050.

However, Indonesia is struggling to meet its targets. According to data from the Energy and Mineral Resources Ministry, current regulations mandate that 17.5 per cent of Indonesia’s energy use derive from renewable sources by 2019, but the country generated only 12.36 perc ent from renewables that year. 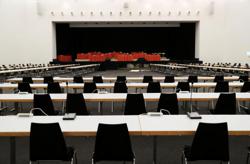