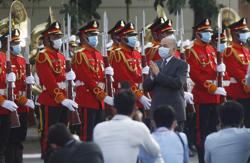 PHNOM PENH (Xinhua): Cambodian King Norodom Sihamoni has signed a royal decree to appoint Princess Norodom Arunrasmy as an advisor to the government with the rank equivalent to deputy prime minister.

In the royal decree dated Wednesday and released to media Saturday (Nov 21), the monarch said the appointment was made at the request of Cambodian Prime Minister Hun Sen.

" Hun Sen, Prime Minister of the Kingdom of Cambodia, must take responsibility to implement this royal decree from the day of signature," the king wrote.

Princess Arunrasmy currently is also a privy councilor for the Supreme Privy Council to King Sihamoni. 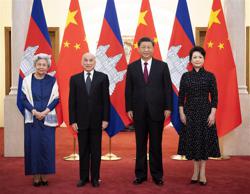