Vietnam is considering a second stimulus package to aid the economy amid the Covid-19 pandemic with the focus on the aviation and tourism industry and boosting consumption. — VN/ANN

HANOI (Vietnam News/ANN): The second stimulus package to aid the economy amid the Covid-19 pandemic would focus on the most affected sectors, including aviation, tourism and consumption, according to the Ministry of Planning and Investment.

The ministry has recently sent the draft of the second stimulus package to relevant ministries and agencies for comments, which included strong fiscal policies for vulnerable businesses and community groups.

The highlight was policies for the aviation and tourism industry.

The ministry proposed special policies to remove difficulties for aviation companies which were seriously suffering from the pandemic.

Accordingly, the Government could provide guarantees to aviation companies in getting loans together with mechanisms for the State Capital Investment Company to invest in airlines.

The policies for the aviation industry would support cash flow and liquidity for airlines to help them avoid bankruptcy which might bring instability to society and the economy.

The financial support for the aviation industry in Government-backed loans was estimated at around VNĐ11 trillion (US$474 million).

Due to the impacts of the Covid-19 pandemic, aviation companies were facing tumbling revenues and shortages of cash which might push them into insolvency.

Trần Thanh Hiền, chief accountant of the national carrier Vietnam Airlines, said that airlines could run out of cash if they did not receive new short-term loans.

Many countries have already launched support packages for the aviation industry, such as the US’ US$58 billion coronavirus-rescue package and Germany’s 9.8 billion euro aid package for stricken airline Lufthansa.

The ministry also proposed a 70-per-cent reduction on environmental protection tax on jet fuel in 2021 with an aim to reduce costs and ease the pressure on cash flow for struggling airlines.

The reduction could cause a drop of VNĐ2.46 trillion to State budget revenue, according to the ministry.

For the tourism industry, the ministry proposed a reduction of 80 per cent of deposits for two years, from November 2020 to November 2022, aiming to help tourism enterprises have more working capital for their operation.

Tourism companies must have deposits worth VNĐ100-500 million at commercial banks.

Statistics showed that there were more than 2,660 tourism companies providing international tours and 500 domestic ones in 2019.

The ministry also proposed another five-month extension of deadlines for payments of taxes and land use fees regulated in Decree 41/2020/NĐ-CP for enterprises operating in affected sectors.

The tax reduction would help lower prices of goods and services which would stimulate shopping.

It was estimated that every one per cent reduction in VAT could promote consumption equivalent to 0.2 per cent of gross domestic product, according to the ministry.

However, the ministry noted that this policy might have a significant impact on the State budget revenue.

The ministry also proposed a sum worth VNĐ3.6 trillion to be spent providing support to people in difficulties, including those who lost jobs and had to raise children.

The first stimulate package was worth VNĐ181.4 trillion, or three per cent of the country’s GDP in 2019. 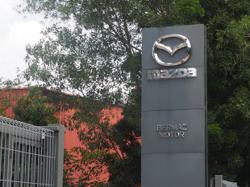