Earlier this year, Lynn Neo started locking the door of her hostel room whenever she took a nap.

The third-year business student at the National University of Singapore (NUS) would also keep a lookout for men entering the toilet when she was in the shower, and would not let strangers – men or women – follow her into her residential college.

She and other friends began taking precautions like these immediately after they heard about a 24-year-old male student at NUS who had mounted two spycams in women’s toilets in their college.

He was arrested by the police and suspended by NUS.

Neo said the incident in March spooked some of her college mates.

“I had always felt safe initially because there wasn’t a single voyeurism case in my college, but the spycam incident made some of us more paranoid and worried for our safety,” said teh 21-year-old.

She is not the only one.In a survey commissioned by The Sunday Times two weeks ago, nearly 60% of students reported that they were taking precautions such as using busier routes to get around campus.

The latest sexual-misconduct allegations – by two female students against former Tembusu College don Jeremy Fernando – triggered more uneasiness, with over 80% in the poll saying they felt concerned about the case, which included accusations of non-consensual sexual advances such as kissing, groping and oral sex.

About 40% of students polled said they were satisfied with actions taken by the universities to combat sexual harassment in the past year.

Still, a fifth of the respondents were not satisfied, and 35% said they felt “neutral”.

About 40% felt their university was on the right track.

In all, 440 undergraduates from NUS and Nanyang Technological University (NTU) were surveyed.

Most of the 15 students and recent alumni interviewed said there had been progress made by local universities in coming down harder on sexual offences since the victim of a voyeur on campus went public in April last year.

Former undergraduate Monica Baey had been filmed showering at Eusoff Hall by another student in 2018. She said NUS asked the perpetrator to write an apology to her and undergo counselling.

NUS later confirmed that the case was investigated by the police and the man was given a 12-month conditional warning by the authorities.

This prompted a national debate about how sexual misconduct cases were dealt with in universities, after Baey expressed her frustration over the perceived light punishment for the perpetrator.

In the aftermath, NUS accepted recommendations such as tougher penalties for Peeping Tom offences.

The outcry also led to NUS and other universities stepping up security in their dormitories. — The Straits Times/ANN 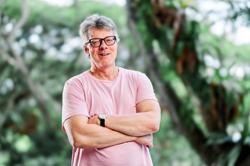 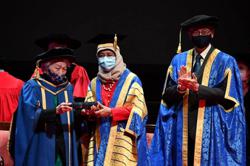