SINGAPORE, Nov 2 (The Straits Times/ANN): When business magazine Fortune ranked Temasek Holdings chief executive Ho Ching the 20th most powerful woman outside the United States earlier this month, some news reports said she is the only Singaporean to make it onto the list.

Except that she isn't.

While Ms Tan may not be as famous as Ho, she too is an industry heavyweight.

The 43-year-old is co-chief executive officer and technology czar of China's financial services and technology behemoth Ping An Group, which is the country's largest insurer.

Speaking to The Straits Times from her office in Shenzhen, the Kebun Baru Primary School alumna said success was not handed to her on a plate.

Her A-level grades were stellar enough to get into the prestigious Massachusetts Institute of Technology (MIT) in the United States in 1996, but she eschewed the scholarship route.

Her father, who worked in American technology firm Texas Instruments, even borrowed money on his credit card to help finance her overseas education.

But in 1998, the Asian Financial Crisis struck, sucking her father's bank account dry.

With no money and facing the possibility of being forced out of school, she applied for financial aid from the university and juggled three jobs.

What she learnt from that experience - including MIT's willingness to stump up financial support for her when she most needed it - is that "if you ask for something, you'll be surprised by what you can get".

"You just have to go and fight for it," she said.

After graduating in 2000, she stayed on in the US and landed a job at top-notch consulting firm McKinsey, where she worked in 15 different countries over 13 years and rose to become partner. 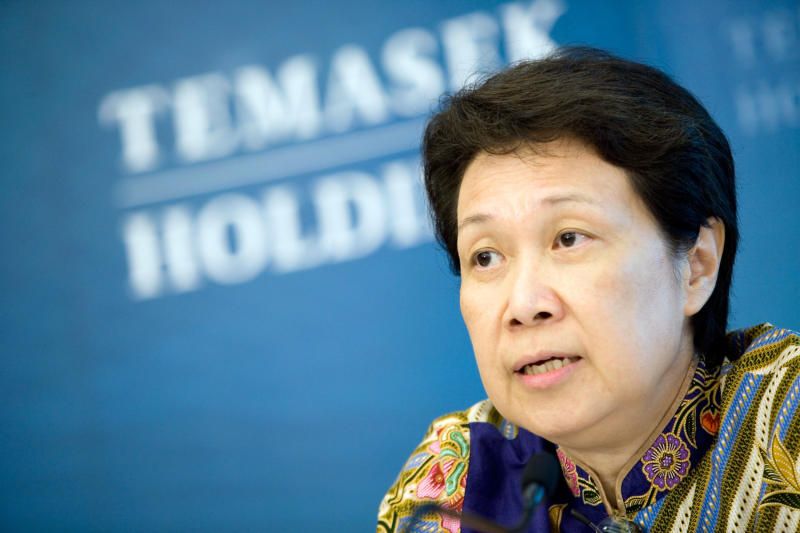 Her willingness to take risks, however, did not initially extend to working in China.

Her first consulting project in 2003, when she was posted back to Singapore, was to work with Ping An Group, which was then trying to build one of the largest shared services centres in China.

She baulked at the prospect of dealing with a Chinese firm: "My Chinese wasn't as good as it is now, and I wasn't sure if I would work well with them."

But she was impressed by the group's founder and entrepreneur Peter Ma, who started the company from scratch and strongly encouraged risk taking.

"As a consultant, I had served many top companies and CEOs. But many firms become more risk-averse as they get larger," she explained.

Ten years later, she summoned the courage to jump ship to Ping An.

Calling her time spent in China "exhilarating", she said it helps that the city of Shenzhen, where the company is based, has a vibrant start-up environment.

"With so much growth potential, people are a lot more willing to try and innovate new things using technology."

Some of the new things Ping An has developed include an app that can assess almost immediately the extent of damage in a car accident and determine the liability.

Instead of waiting for the traffic police to arrive, all drivers need to do is take a 360-degree video of the damaged vehicle and upload it onto the app.

The company also uses artificial intelligence (AI) and modelling to identify sources of environmental pollution, using photos taken by companies of their factories and surrounding rivers which are then uploaded onto an app.

Its AI system is even able to recognise micro-expressions - the tiniest movement of eye muscles and around the lips - to determine if someone is lying during an interview to assess his loan eligibility.

Pointing out that China has 1.4 billion people but only a few million doctors, she said the aim is to make telemedicine accessible to everyone via the mobile phone.

For example, the company's "AI doctor" has built up deep knowledge of tens of thousands of different diseases over the years, and can now be used with a high degree of accuracy as a clinical support tool for real-life doctors.

A sense of adventure

What has helped fuel her meteoric rise in the corporate ranks, she said, is strong support from her family living in Singapore, especially her mother and husband.

She used to fly back to Singapore every weekend, but with the Covid-19 travel restrictions, she has been home only four times since Chinese New Year.

Before Covid-19, her weekends in Singapore were planned with military-style precision. Said the mother of two daughters, aged 14 and 11: "I organised cycling trips so I could cover as many people as possible - my parents, (two younger) sisters and my kids - all at the same time."

"When my elder daughter was in Primary 1, she learnt to give spelling tests to herself," she said, with a laugh.

"We tried to get our daughters to be more self-disciplined from young and finish their homework during the week, so that we can do more meaningful things together on weekends."

To Singaporeans with doubts about seizing new career opportunities or venturing overseas, she pointed out that she comes from "a neighbourhood school that no longer exists".

She said: "I've learnt to be more thick-skinned. I always tell my girls we should be more risk-taking, and not be afraid to ask for things and go for it.

"There are many areas where you can take your own initiative, to shape and do what you think is meaningful.

"This way, you get to do many more things. And it's also a lot more fun." - The Straits Times/Asian News Network 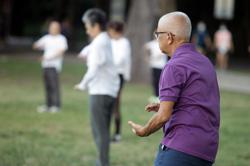 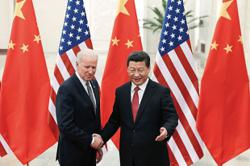