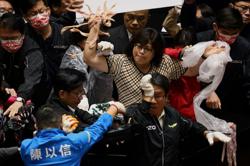 TAINAN, Oct 31 (Bernama): A man was arrested in Kaohsiung Thursday night in connection with the death of a female Malaysian student from a Tainan university, whose body was found shortly after, Taiwan's Central News Agency (CNA) reported.

The suspect confessed to strangling the 24-year-old student to death and dumping the body in the mountains of Kaohsiung, CNA quoted the Tainan police as saying.

Based on the evidence found so far in the case, it is believed that the suspect abducted the victim sometime after 8pm on Wednesday, which is the last time she was seen alive, police said.

When the Tainan City Police Department's Gueiren Precinct was informed of the case, its investigators found CCTV footage that showed the victim walking along a road in Gueiren District, close to a railway overpass, at around 8pm Wednesday, before disappearing from sight.

A search of the area turned up a shoe that was later determined to be the victim's and which led police to believe that she had been abducted in that area, according to the precinct.

In the same area, police also zeroed in on a private car that was found to contain bloodstains and a bag of female underwear, the precinct said.

The vehicle registration led police to the 28-year-old suspect, who was arrested Thursday night and confessed to strangling the victim with a length of rope and dumping the body in the mountainous Alian District in Kaohsiung.

Shortly after his confession, police found the victim's body on a hillside in Kaohsiung, the city where the suspect's household is registered, the precinct said.

According to their initial investigation, police said, it appeared that the victim did not know the suspect, who is believed to have been preying on women walking alone on the lonely road near the railway overpass in Tainan.

The case has been handed over to the Ciaotou District Prosecutors Office in Kaohsiung for further investigation.

Meanwhile, the family of the murdered Malaysian student will be allowed to come to Taiwan and will travel in a protective bubble to minimise contact with the public, Deputy Interior Minister Chen Tsung-yen said on Friday, CNA also reported.

Chen, who is also part of the Central Epidemic Command Centre (CECC) responsible for Taiwan's Covid-19 response, said that by traveling in the bubble, the family will not have to undergo the mandatory 14-day quarantine usually required of arrivals in Taiwan.

As a safety precaution, however, the family members will be required to wear a face mask at all times when outdoors, and be subject to a Covid-19 test every three days, Chen said. - Bernama 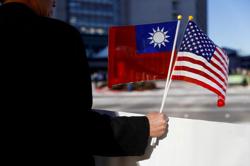