BANGKOK, Oct. 31 (Xinhua): Six villagers were killed and three others injured due to flash floods, torrential waters and landslides caused by tropical storms in varied regions of Thailand during the most part of October, an official report says.

According to the DDPM report, a total of 91,641 households in 2,341 villages in 152 districts of 34 provinces have been adversely affected by flash floods, torrential waters and landslides caused by tropical storms from Oct. 7 to Oct. 31. 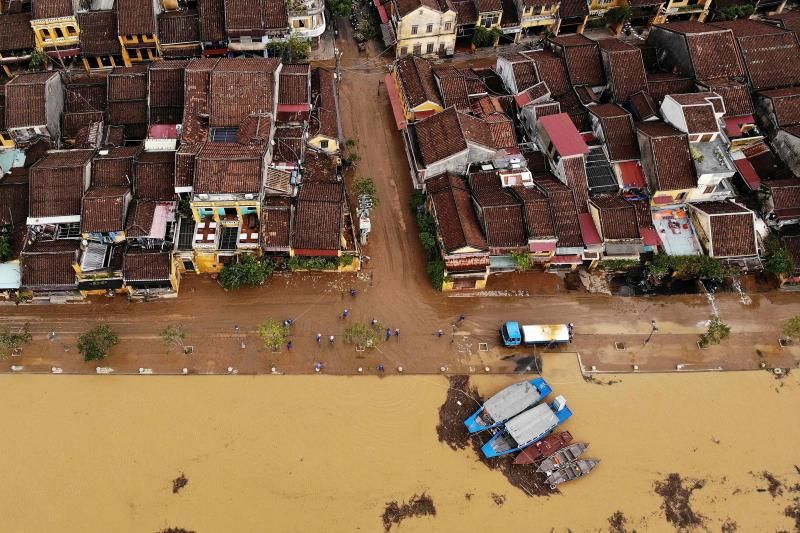 This aerial photograph shows municipal workers cleaning up the streets after flood waters receded in the old city of Hoi An, a UNESCO world heritage site in the aftermath of Typhoon Molave. - AFP

Meanwhile, the death toll from Typhoon Molave across the two countries continued to rise as the powerful storm triggered deadly landslides in Vietnam and flooding in the Philippines, reporte dpa.

"We can forecast the storm path or the amount of rain, but can't predict when landslides happen," Deputy Prime Minister Trinh Dinh Dung said, adding that access roads to the landslide had been buried under deep mud.

The landslide deaths brings Vietnam's total death toll from the storm so far to 31, after the sinking of two fishing boats on Tuesday night.

Twenty-six fishermen went missing in the incident, 12 of whom were later found dead at sea by a Vietnamese navy search and rescue mission, state broadcaster Vietnam Television (VTV) reported on Thursday.

Molave, described by authorities as the most powerful storm to hit Vietnam in 20 years, made landfall on Wednesday morning over the coastal provinces of Quang Nam and Quang Ngai.

The storm brought 135 kilometre-per-hour wind speeds that uprooted trees and blew the roofs off over 88,000 houses, according to a government statement. 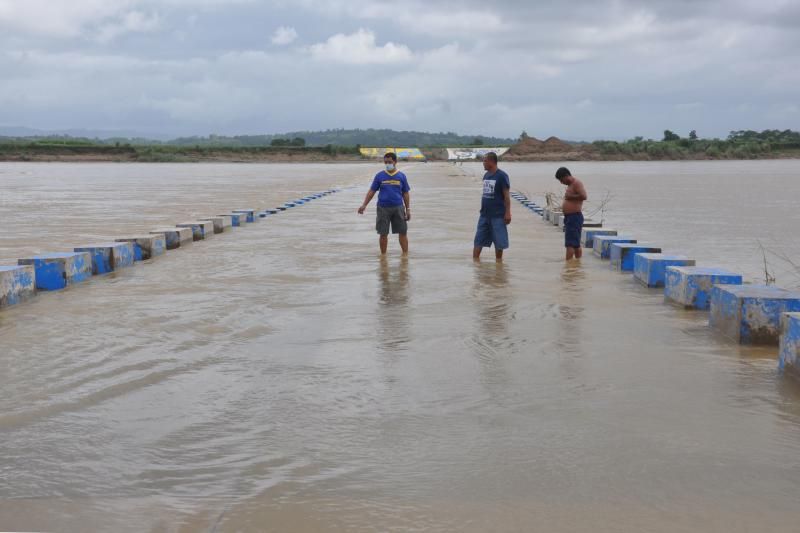 Residents wade in a flooded bridge over a swollen river due to heavy rains in Ilagan town, Isabela province north of Manila on Saturday (Oct 31, 2020) ahead of Typhoon Goni's landfall in the Philippines. - AFP

Central provinces from Nghe An to Quang Binh have been told to brace for torrential downpours until Sunday. With rainfall expected to reach 700 millimetres, the risk of further flooding and landslides is extremely high.

Vietnam's central provinces have already faced historic flooding, with at least 160 killed by floods and landslides since October 6.

The storm also triggered deadly flooding further east in the Philippines, where 16 people have died since Molave slammed into the country's eastern coast at the weekend.

Most of the victims or 13 people drowned in floods, while three were hit by falling trees, it said.